Read all about the fantastic accomplishments by IED Alumni, and the recognition they received from associations, juries and peers from allover the world.

Alessandro Vigilante’s debut
After having worked in some of the greatest fashion houses such as Dolce & Gabbana, Gucci and Philosophy di Lorenzo Serafino, the Alumnus and former dancer presented his brand's first women's fashion collection at Milan Fashion Week, and it was that much-needed breath of fresh air for the kermesse. Alessandro Vigilante offered the public a highly spectacular show, staged with few means and great ideas: a masterful Matrix-like game of light and a performance by model-dancers that was full of energy, rhythm and eroticism, besides being also really inclusive, with men and women of all ages, ethnicities and sizes. "Dance" is at the heart of his collections, which focus on second-skin effect garments. "Atto secondo" is the name of his SS2021 collection, because for Alessandro fashion is a continuous dance performance. 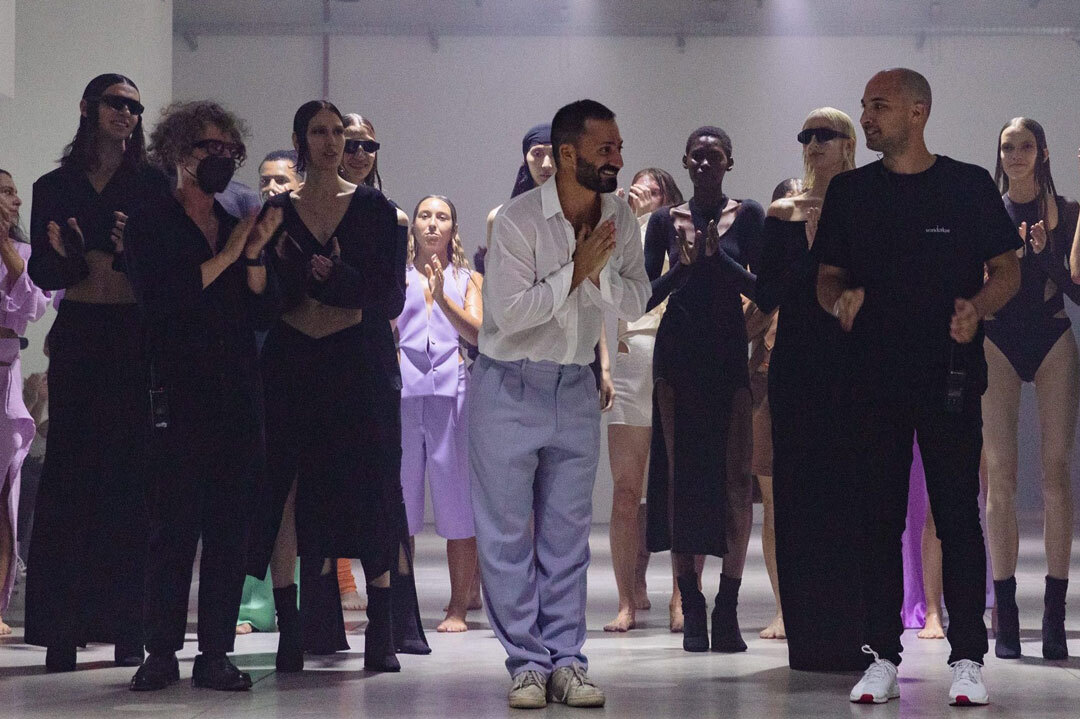 SUPERSALONE 2021: SPECIAL MENTION FOR ALUMNUS FRANCESCO MARIA LUCINI
"Reddo - From Nature to Nature", the thesis project by Francesco Maria Lucini, IED Barcelona graduate in Product Design has been awarded during Supersalone 2021 "for the ability to indicate new directions of research in the development of new artefacts to regenerate the coral reef, using organic waste materials such as oyster shells from the largest site of mussel farming in Spain", says the jury. "Reddo" comes from the recycling of oyster shells: it is a new and modular material, capable of generating organic forms for the creation of seabeds where one finds Posidonia, a type of seagrass that acts as both shelter and food for aquatic life. 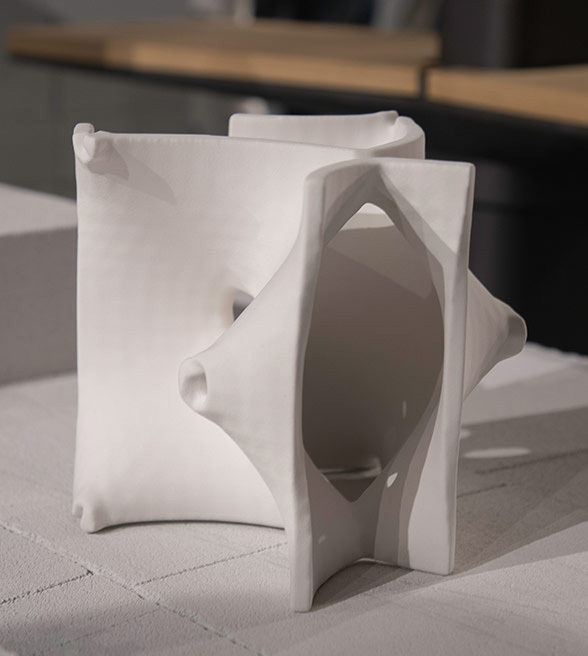 FONTANAARTE AWARD FOR THE BEST IED THESIS FOR NEW LAMP COLLECTIONS AT THE FUORISALONE
The FontanaArte CEO, Marco Pozzo, and the Art Director Francesco Librizzi awarded IED graduates Kim Sungkoon, Filippo Salis and Marianna D'Antimo at the showroom of Identità Golose, in the Brera Design District of the Fuorisalone. The three young designers were the authors of the "TES" project, judged by the historic Made in Italy brand as the best among 10 collections of lamps created for the "Identità di Luce"  thesis, which IED Milano conducted in the year 2020/21 precisely with FontanaArte. The "TES" collection (exhibited at the Supersalone in Rho Fiera, as part of The Lost Graduation Show, together with two other projects for FontanaArte, Alea and Stilo) is inspired by photographic sets, generating interesting plays of light and shadow and staging moments of daily life. Kim, Filippo and Marianna have created four versions: table; the floor lamp, which maintains the same character as the table lamp, playing with the user who thus finds himself physically interacting with the lamp; the wall lamp, a perfect solution for immediate scene changes thanks to its compact size and versatility; finally, the suspended version, which can be installed at different heights to meet the most diverse needs in the hotel and domestic sectors. 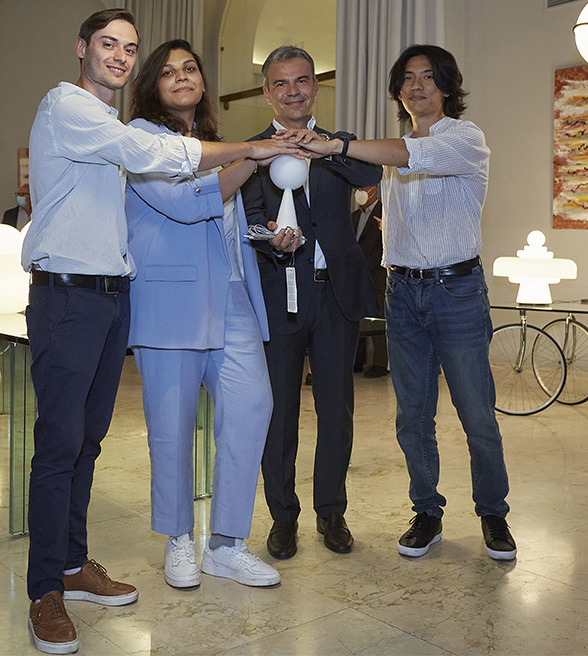 EDIDA 2021 GOES TO FEDERICA BIASI
Another victory for Federica Biasi! In fact the designer and IED Milano Alumna was awarded as Young Designer Of The Year at the Elle Decor International Design Awards 2021. 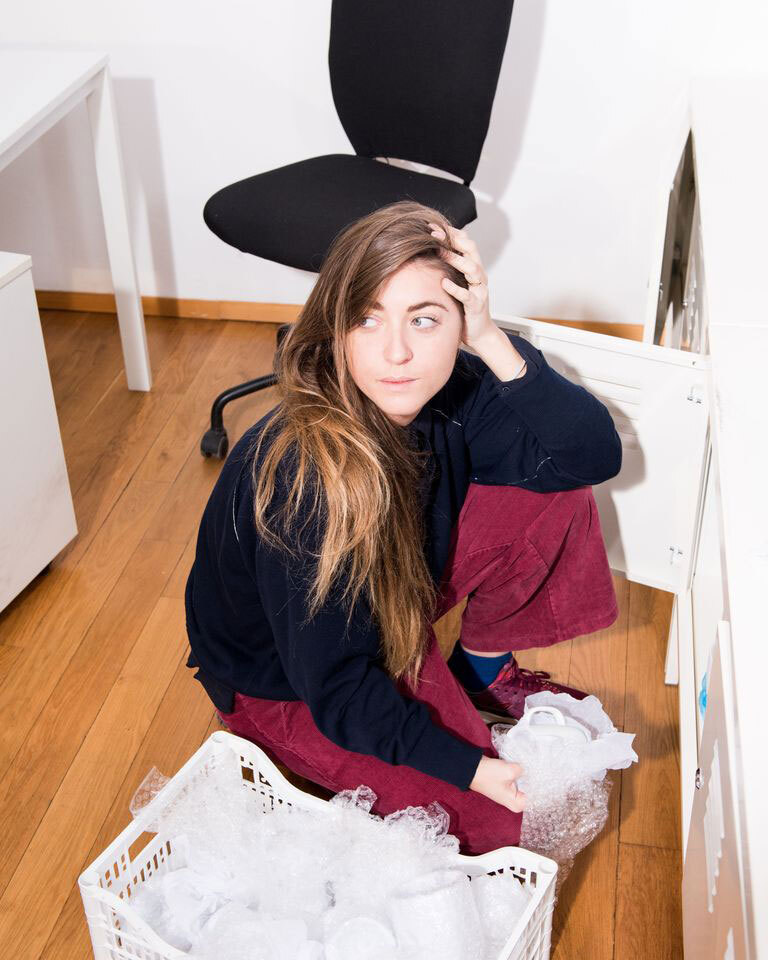 AN AWARD FOR ALUMNA FRANCESCA MARIA CIANI
IED Milano former student Francesca Maria Ciani was awarded the Textile & Materials Award at Mittelmoda - The Fashion Award, the well-known fashion competition at international level, reserved to fashion designers from all over the world. "Fashion is a form of art ", she says. "This thought has accompanied me since childhood as an intangible mystery that I needed to investigate. Fashion is an art for its intrinsic nature, capable of letting emotions rise, from the cozy ones of comfort, to the more noisy or insubordinate ones". 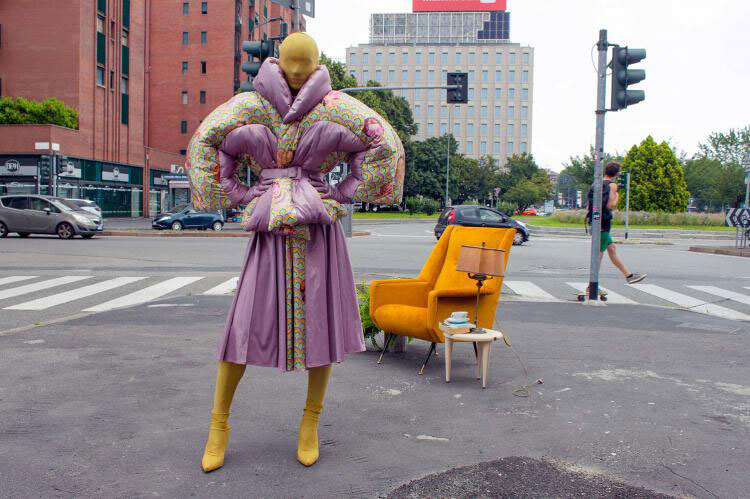 THE IED VIDEO DESIGNERS AWARDED AT THE LIDO DI VENICE
The Italian illustrator Zerocalcare and other jurors selected the young winners of the 10th edition of "Bookciak Action!" which took place in September, at the Venice Lido. A national award dedicated to the intertwining of cinema and literature through bookciak movies, shorts of up to three minutes long inspired by novels, short stories, graphic novels and poems. This year the main theme was that of resistance. Among the six winners, the prize was also awarded to the short entitled “Damnatio Memoriae”, directed by the now graduate Edoardo Martinelli and made with a team of colleagues attending the second year of Video Design IED Milan. The film is freely inspired by the graphic novel "Blood of our blood" by Claudio Bolognini and Fabrizio Fabbri (RedStar Press), which recalls the Reggio Emilia massacre of July 7, 1960. 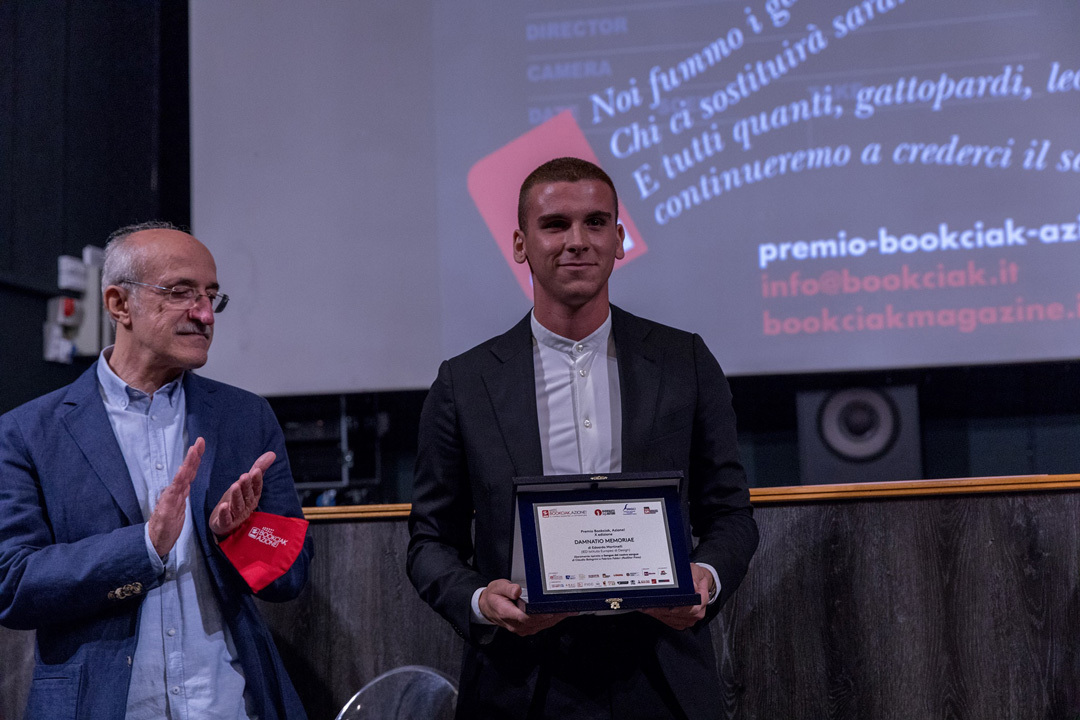 FUTURE STARTS SLOW - IED AT “MILANO MODA GRADUATE”
Promising future stars in the fashion world have been selected for the 2021 edition of Milano Moda Graduate. These are four new IED designers who were the protagonists at the event promoted by the National Chamber of Italian Fashion, with creative projects that always interpret humans as a pivots and common denominators that blend technology with nature. There are those who started from anatomy studies to enhance the imperfection of the body; those who highlighted the active role of biology in fabrics decorations; those who have worked for the homeless with re-use, with heat-regulating patchwork garments that can be folded on themselves and become transportable; finally, those who looked specifically at the world of workers focusing on function. For the Fashion Design category at Palazzo della Permanente, Giorgia Gervasoni and Valeria Nicoletti paraded with five outfits from their collections. While for the special section YKK Italy (main partner of Milano Moda Graduate) the finalists were Luca Bianco and Andrea Annarita Mazza, who presented an outfit inspired by their respective thesis projects, entirely dedicated to closing accessories. 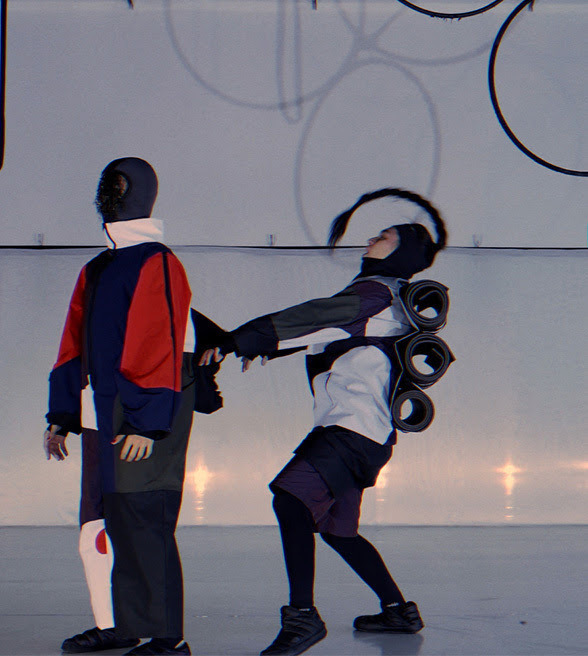 THE WINNERS OF IED ROMA DESIGN AWARDS 2021
IED Roma Design Awards took place in the Festival of Vision in Videocittà, on Friday 17 September at auditorium of Palazzo dei Congressi in Rome, with the patronage of ADI - Association for Industrial Design, supported by the presence on the stage of ADI President Luciano Galimberti, who presented the eight prizes to the young designers. Videocittà awarded two special mentions to the works considered most visionary and representative of the festival’s spirit. The winners of the IED Roma Design Awards 2021 are: for Visual Arts category: Cristian Ciumac, Illustration and Animation IED Alumnus, for having written, directed and animated the pilot episode of "Machines", a dystopian series with a retro-futurist atmosphere, made in partnership with MAD Entertainment; Leonardo Del Casale, CG Animation Alumnus, for the work done for the "Machines" series. For the Fashion category: Alessia Giacchetta - Fashion Design Alumna, for the "Archivio" project, a collection inspired by the concept of the human archive, made up of stories, memories, sensations and objects that make up her personal and subjective memory. For the Design category: Sara Lupo Da Cruz, Interior Design Alumna, for the "Despite Italy" project, in partnership with MUCIV - Museo delle Civiltà, which tackles, with the tools of interior design, the complex theme of Italian colonial history, entrusting the collections of the Italo-African Museum in Rome with a central role in bringing out what has been removed and reworking it with a new perspective. For the Communication category the Alumni of Communication Design Tiziana Cellilli, Arianna Camardella, Carolyn Antinucci, Alessandra Astarita, Francesca Iannucci, for the integrated communication campaign for the opening of the Maria and Goffredo Bellonci Foundation House Museum and its transformation into open space for culture, meetings, presentations and exhibitions. For the Special Projects category: Alessio Palazzi, Motion Graphic Alumnsus, whick has been awarded for his travel book "Notes From Puglia", in partnership with Pugliapromo and Air Dolomiti. 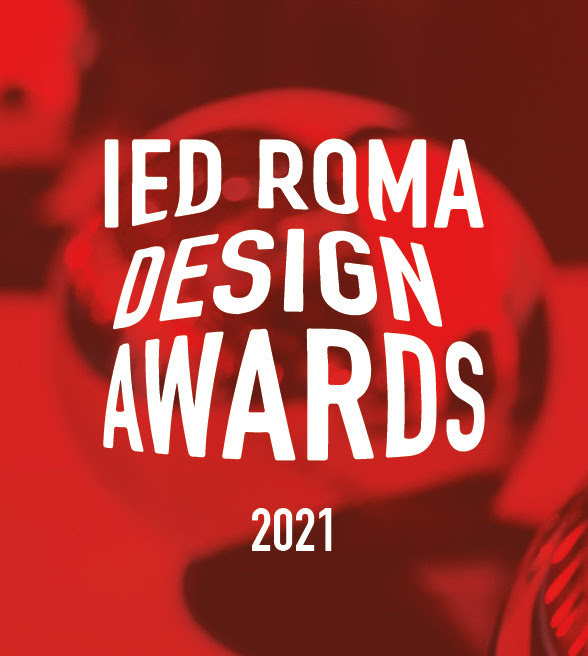