Design Week, one of the most awaited international events of the year, is back in Milan. It will bring to life various areas of the city thanks to the talent of many designers. Among these are also various IED Alumni, who today are admired professionals in their field and have achieved prestigious awards for their work. Let's find out who some of them are and the previews of their creations! 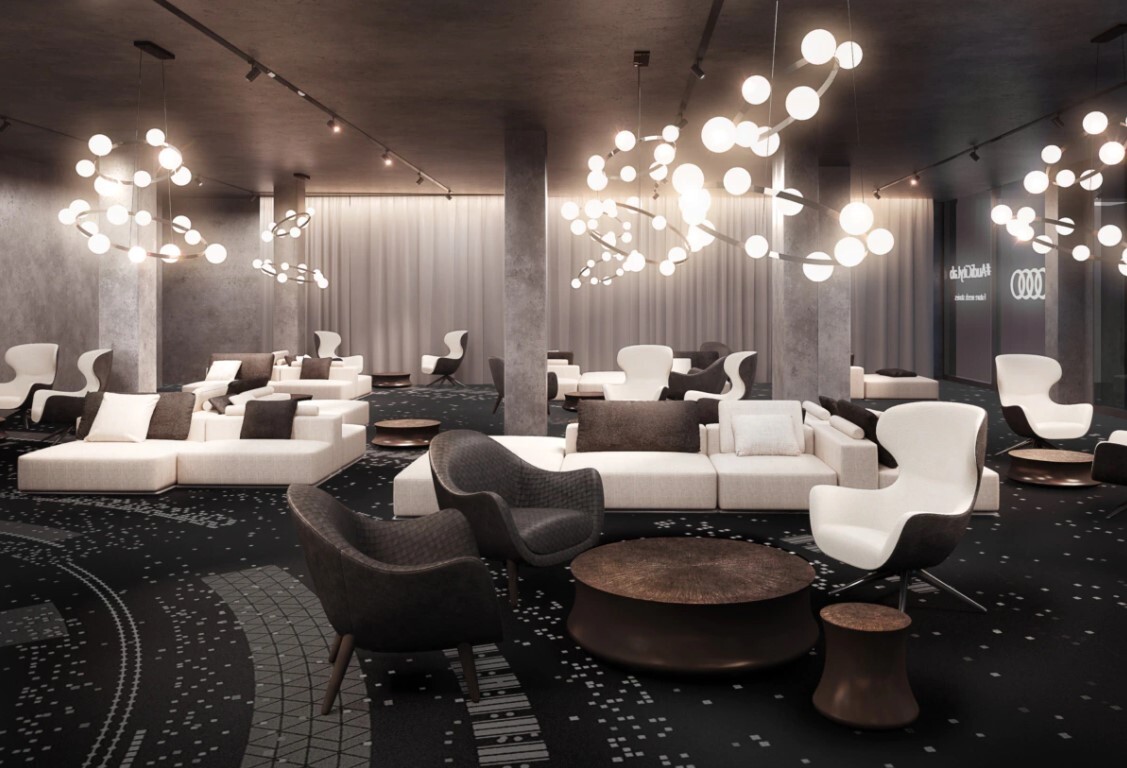 Enlightening the future. A project by Gabriele Chiave - Marcel Wanders studio, made by Audi. Poliform Lounge.

Gabriele Chiave, Creative director of Marcel Wanders Studio
Gabriele Chiave, the super star Creative Director of Marcel Wanders studio, graduated in IED Milano in 2001 (see his interview) presents his new projects for the house of the four rings, the RS e-tron GT and A6 e-tron concept, "Enlightening the future": an immersive experience that develops in several phases and on several levels of involvement in the unfinished space of the building at via della Spiga 26. The installation is a sensorial and immersive space where the light explodes and takes on the architectural function of an immaterial wall. Another great success for Gabriele. 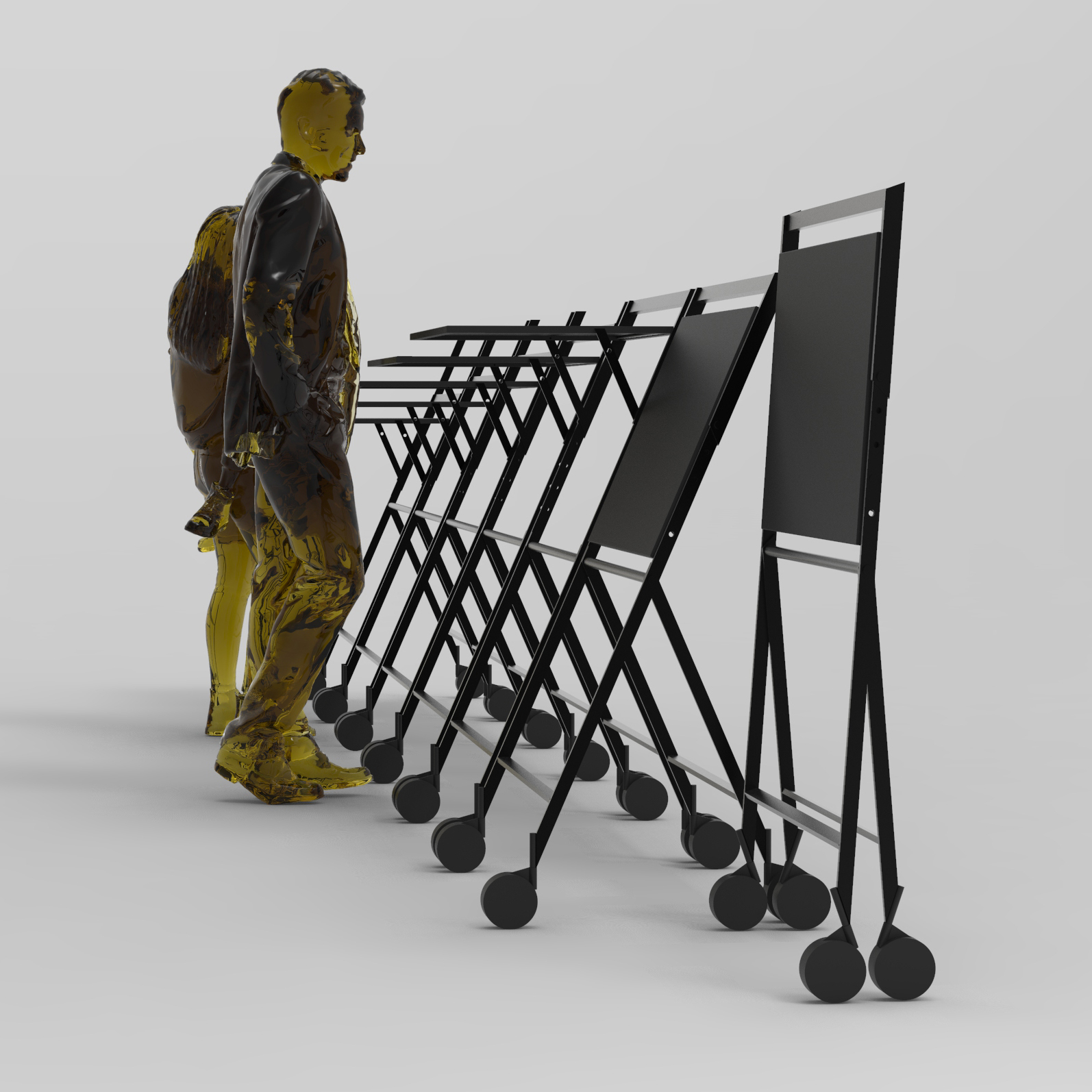 ARSLAN CELEBRATES THE VENINI BRAND
The famous designer and IED Alumnus Dodo Arslan (read his interview) will be present at the Fuori Salone for the celebration of the centenary of the historic company. In fact, the brand presents at the Milan Design Week the exhibition entitled "Art, beauty and Made in Italy", in its flagship store in via Montenapoleone, and among the creations for its anniversary there will be that of Arslan. The project is entitled "Folia".

A TALENTED CREATIVE COUPLE: CARA \ DAVIDE
The IED Milano Alumni Cara Judd and Davide Gramatica, a couple at work and in life, who have opened their multidisciplinary studio with works represented by both brands and galleries will be present during this new Design week in various places: at the Galerie Philia in Milano (at SPAZIO CB32) for the "Rick Owens - Dialog withEmerging Italian Designers" with their "Archivio", a small table or bench a small occasional table constructed from a single sheet of archived Calacatta Viola Marble (the project was developed with the Italian brand, Mille997); at Cambi Auction House with another "Archivio" table constructed from a single sheet of archived Verde Lapponia quartzite; and, also, at ID X nhow hotel Milano, in Tortona street, with the exhibition ot their project named "Fucina", a sculptural vessel printed with a thick wood-based filament which creates an irregular, layered texture. 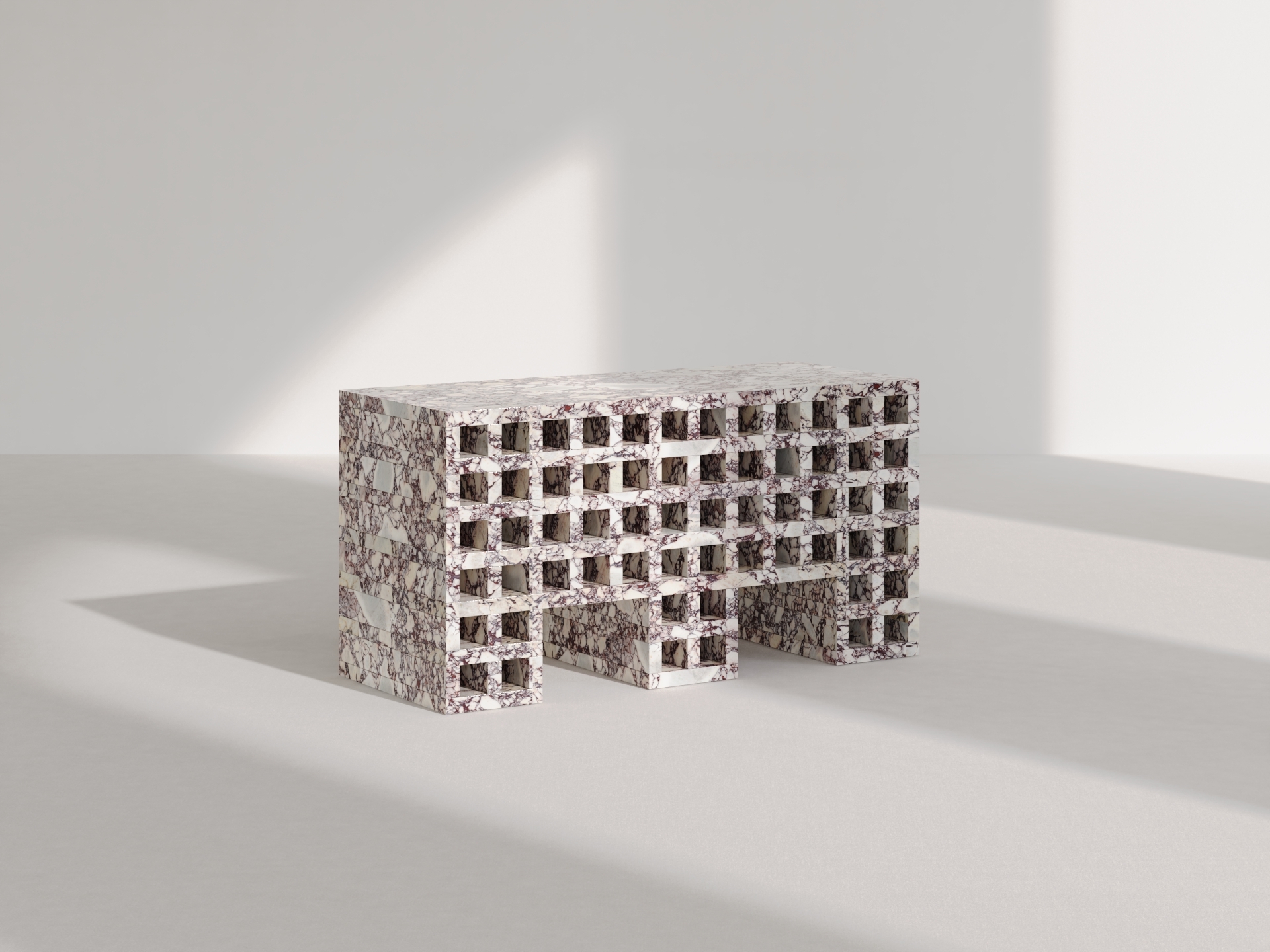 NEW PROJECTS FOR FEDERICO PERI
We have talked about him in recent months and are doing so again for Design Week. Federico Peri, the Alumnus from IED Milano that Marie Claire Maison has defined the "golden boy of Italian design". The Interior Design graduate (read and watch his interviews about his studies and works), who today has his own studio, and whose work is internationally appreciated, returns with many new projects. He starts with a fourth collection designed for Baxter, including a table, a desk with integrated lighting, a bookcase and an update of the “Tunnel” lighting project, presented last year; the exhibition will be present at the brand's showroom and at the fair. Then there will be projects for CTO Lighting, an English lighting company for which he has designed a range of hanging and wall lamps called “Modulo”, which will be exhibited in the Sag80 showroom in Via Boccaccio 4 during and after the show; a collection of glass vases called "essential", like its design, for Purho Murano, exhibited at the Salvioni showroom in via Durini (in parallel the exhibition will also be in Venice at the Ca 'Pisani hotel during Glass Week); finally, Nilufar gallery will host his new “Halo” chandelier, made of metal and blown glass. 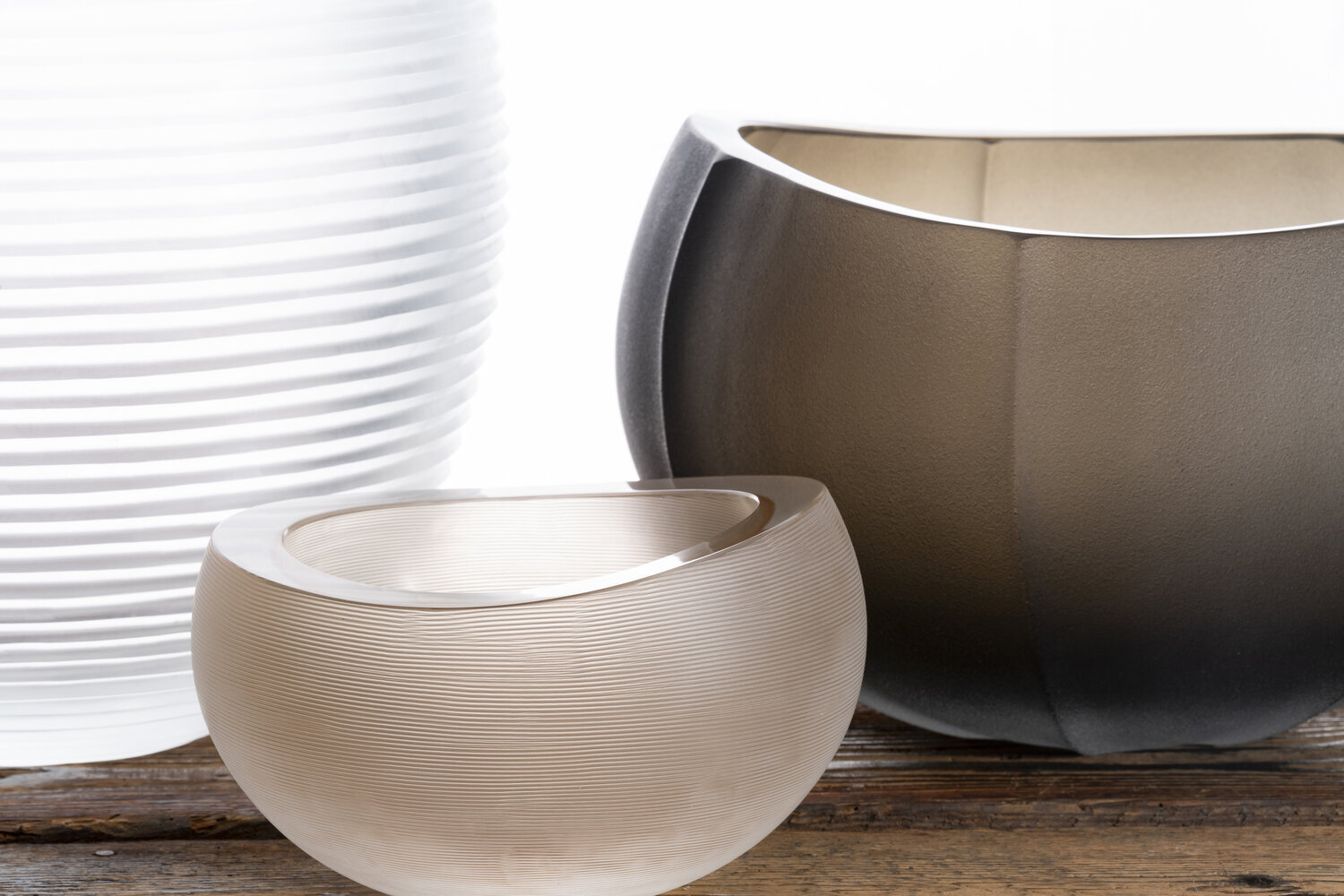 ALUMNI AT THE 5VIE DESIGN WEEK
As part of this year's edition of the Fuorisalone, the oldest district of the Milanese city hosts the eighth edition of the 5VIE Design Week, where on several occasions it will be possible to admire the talent of the IED Alumni. For example, at the building of the Society for the Encouragement of Arts and Crafts (SIAM) there will be group exhibitions with protagonists from all over the world, such as the "Glass Utopia" curated by the creative studio Mr. Lawrence for Craft ACR: Craft + Design Center which will present the work of Australian and Italian designers who have developed their creations in collaboration with the historic Murano furnaces. Among the Italians there will also be three Alumni: Gala Fernandez (watch her interview), the aforementioned Federico Peri and Federica Biasi. The latter two alumni will also also be present in the exhibition of the Italian Cultural Institute in Hong Kong, which saw the collaboration between three universities in the Chinese city and Italian designers. Among the 5VIE installations there will also be, in via Cesare Correnti, the exhibition-performance "Looks like magic!" by Spanish designer and IED Madrid Alumnus Jorge Penadés, who uses textile waste to create a new material, showing all the stages of the process in a pop-up laboratory set up for the occasion. Finally, there is space for craftsmanship and exhibitions by independent designers such as the artist designer Angela Florio of DecorAzione, who attended the IED Milano School of Communication and who will participate with the ManifatturalMente project. 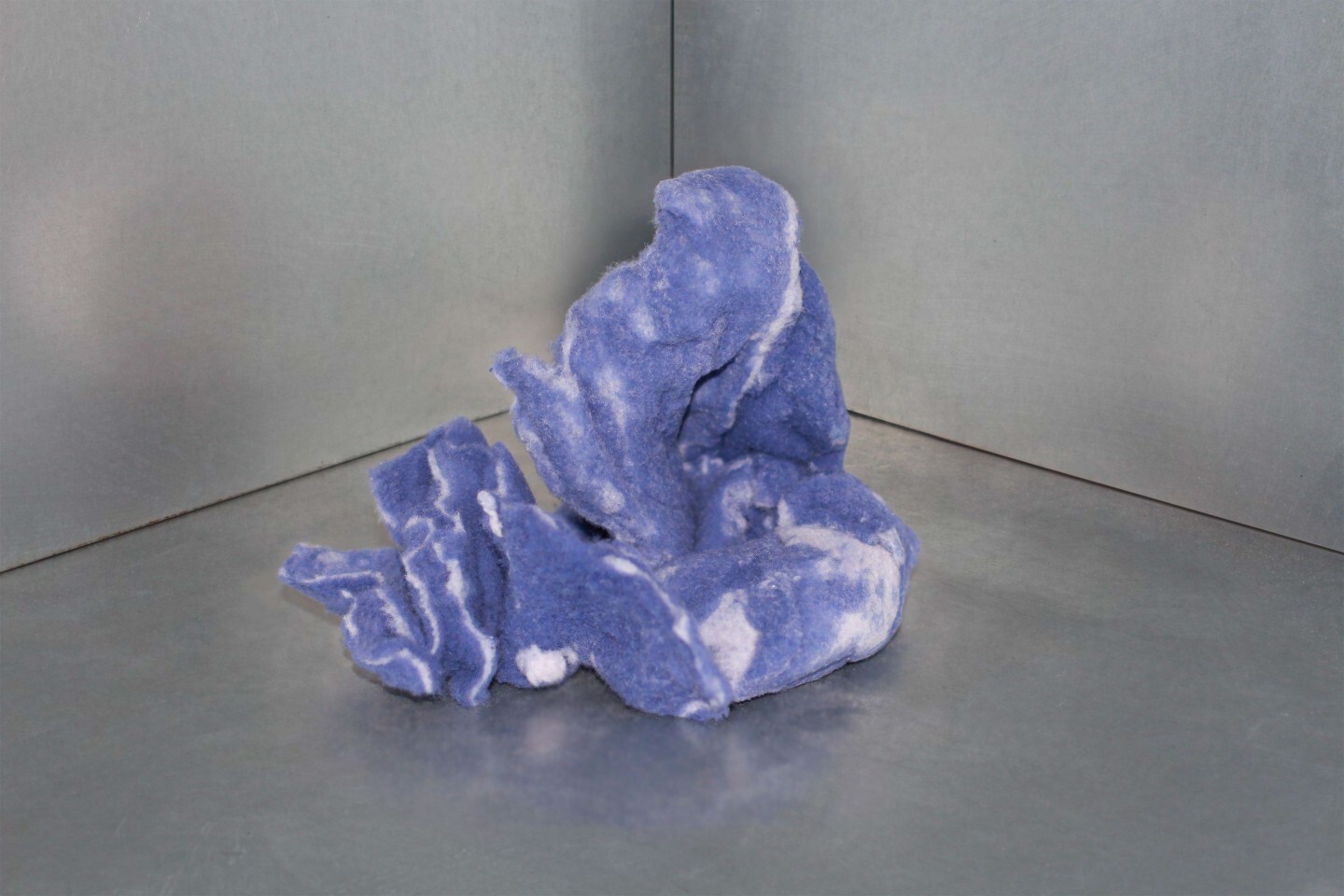 FEDERICA BIASI AND FINEMATERIA CREATIVE STUDIO
Speaking of the young and successful designer Federica Biasi, to whom the most important design magazines keep paying attention, she will also be in other areas of Milan, in addition to 5VIE Street. The IED Milano Alumna will be at Manerba showroom in piazza San Simpliciano, at LaCividina's Showroom in via Rutilia, at OFFSTAGE, in piazza Luigi Vittorio Bertarelli, at Frigerio Salotti in via Antonio Locatelli 6 and finally at Gallotti & Radice in via Felice Cavallotti. In the Isola area there will be also two IED Alumni Stefano Bossan e Gianluca Sigismondi, who together form the Finemateria creative studio. They will exhibit a thematic installation on industrial waste, entitled "Window Display Foamy Fantasy".

A VERY SIMPLE KITCHEN BY RICCARDO RANDI
The IED Product Design Alumnus, Riccardo Randi, will present at Design Republic in via della Chiusa the project "Very Simple Kitchen - Teklan Edition". It was born from the encounter with the Swedish designer Tekla Evelina Severin and it is a work built around the exchange of different cultures. As far as Randi's original project is concerned, it is a kitchen that can be customized thanks to an online tool: it is in fact composed of self-supporting modules in stainless steel - including drawers, shelves, sinks, ovens, hobs and dishwashers - which can be customized and adapted to the space where you decide to place the kitchen. 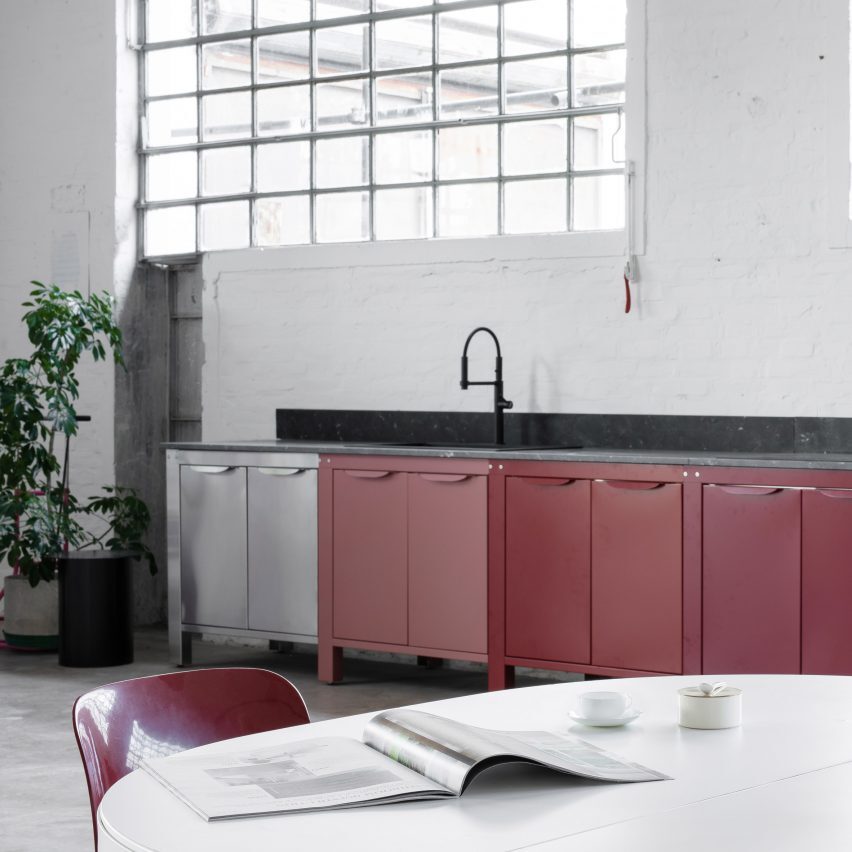 VISIT THE ADI MUSEUM
Design Week is full of opportunities to get to know the world of designers better and up close, discovering about the prizes they have won. Among these, one is offered by the Foscarini brand which, at Corso Monforte 19, will present two exceptional collaborations, one with Alberto Meda and his son. Born in 1984, graduated in Industrial Design at IED Milano, Francesco Meda won the Compasso d'Oro in 2016, collaborating with his father on the "Flap" acoustic panel for Caimi Brevetti. Among other things, the work can be visited at the ADI Design Museum, which will once again showcase the entire project repertoire that make up the permanent collection of works awarded with the Compasso d'Oro (collect your card to visit the museum). At last, talking about this prestigious award, a little curiosity. It's important to remember another IED Alumnus: Paolo Metaldi. In fact, he won the first International Compasso d'Oro Edition, in 2014, with a design project about food and nutrition (read more with our interview with him).

SIMONE BONANNI AND HIS SUNDAY
The Alumnus graduated from IED Milano (read his interview), with work experience gained abroad, will be present at the Salone del Mobile with a creation that pays homage to the last day of the week, dedicated to resting. It is the “Domenica” bed, designed for the Pianca brand. With a light structure, a metal base, and an optional storage box to keep the room tidy. Bonanni's project invites the observer to indulge in doing sweet nothing on Sunday, while comfortably embraced by the welcoming lines of the alcove. 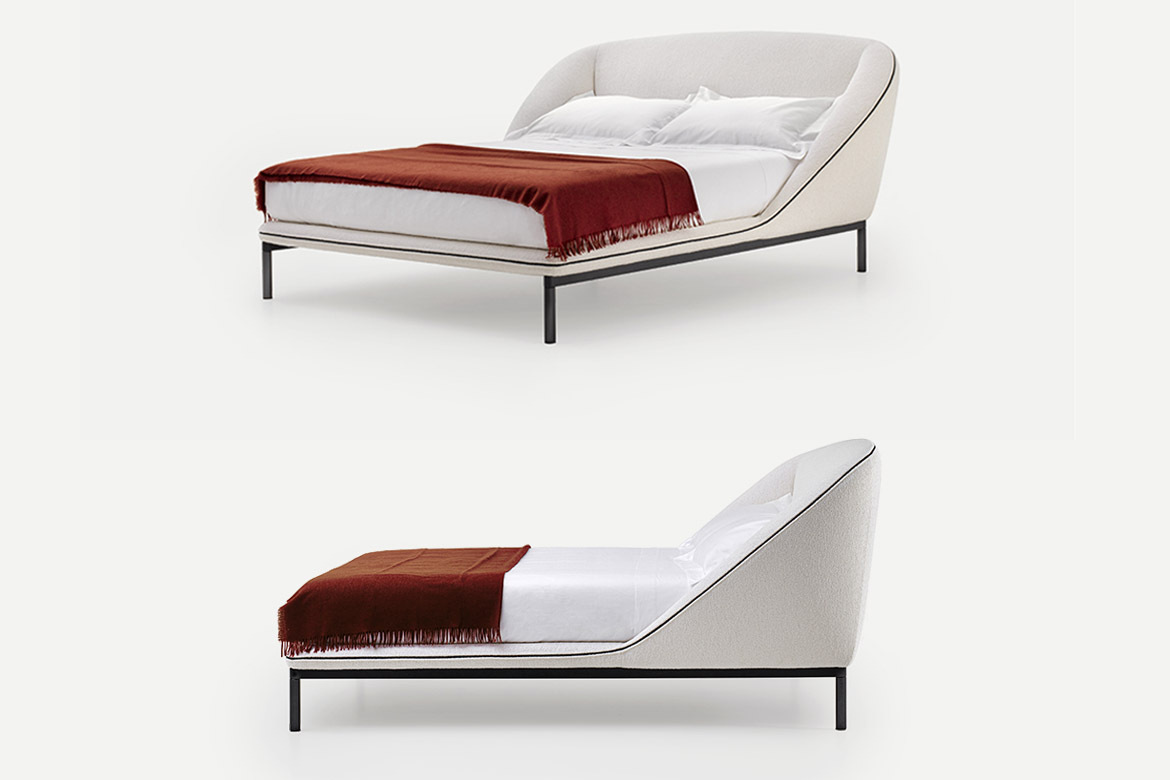 IED @ THE LOST GRADUATION SHOW
The European Institute of Design is taking part in Super Salone 2021, the special edition of the Milan Furniture Fair, which will be held from 5 to 10 September as part of "The Lost Graduation”, an exhibition curated by Anniina Koivu. Nine thesis projects carried out by graduates of the Italian and Spanish branches will represent the IED group. That is to say: "Misano", the concept vehicle created by the students of the Master in Transportation Design in collaboration with Suzuki Misano (read the article on Transportation Design); "Sbun-design", a project by the students of Product Design Andrea List, Matteo Mulas, Leonardo Santambrogio. An innovative extruder for 3D printers capable of making the printing process sustainable by reducing CO2 emissions; "Alea" (made by Lavinia Bonvini, Matteo Guerci, Davide Zago), "Stilo" (made by Martina Cappabianca, Alessia Cipro, Fabrizio Lombardi) and "Tes" (made by Filippo Salis, Sungkoon Kim, Marianna D’Antimo) are the collections of lamps designed by Product Design students with a view to residential use, starred restaurants and luxury hotels in collaboration with the made in Italy brand FontanaArte; "Reddo - From Nature to Nature" (designed by IED Barcelona Alumnus Francesco Maria Lucini) transforms oyster shells into concrete 3D printed structures to help those areas of the world that are most sensitive to climate change through an innovative solution; "Sway" (made by Xueyu Ji), a Product Design project consisting of a measurement tool that transforms visual information into auditory; "Piota" from the Accademia di Bella Arti Aldo Galli in Como and our Alumnus Davide Tosetti, who wants to find a solution to the widespread contemporary sedentary life; "Tingle" (designed by Rodrigo Vega) is the project that includes a therapeutic device for children suffering from hypertonia and hypotonia, subject to tension in the muscles with difficulty in achieving correct body mobility. The exhibition will be open to visitors in Rho - Fiera Milano, and will be in a phygital version: its digital platform, currently being defined, will host all the selected works and will allow the visitor to contact the young creatives directly. 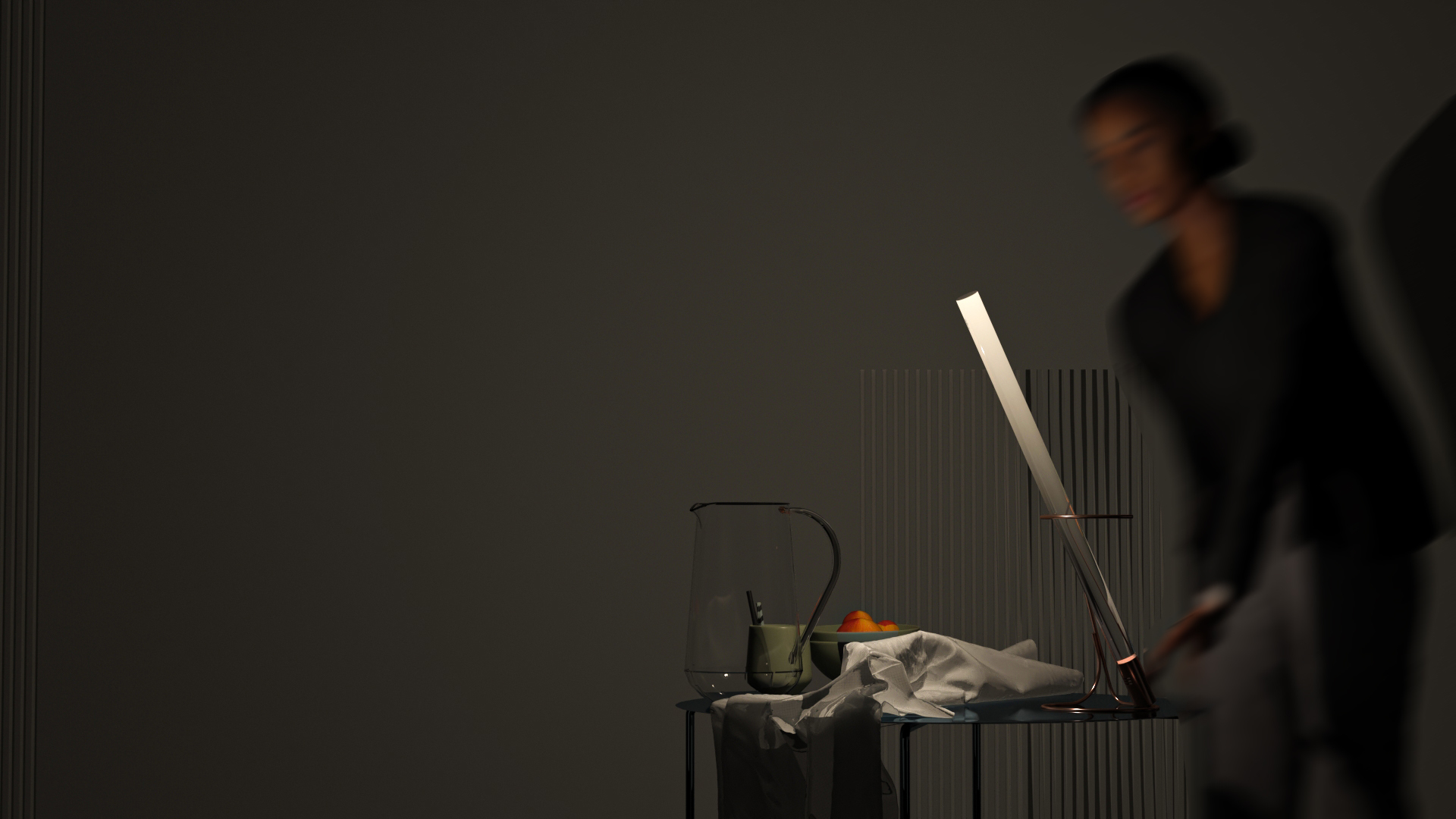 ACCADEMIA ALDO GALLI FOR "DESIGN COMPETITION"
"Design Competition" was launched by the Lombardy Region to Lombardy companies, which will bring the winning projects to Expo Dubai 2021. In the meantime, the prototypes are exhibited at ISOLA SET - Spazio Esposizioni Temporanee in Palazzo Lombardia, until 10 September. Among these, there is "Desert Star", the modular sofa designed by the Accademia Aldo Galli Alumni Vladimir Mazzoletti and Gabriele Bianchi and made by Maglificio Benacci.