ALFREDO PIFERI WINS "WHO'S ON NEXT?"A diploma in Fashion Design at IED Roma and a curriculum full of satisfactions and collaborations. Alfredo Piferi, one of the winners of "Who's on Next?", has collaborated with brands such as Jimmy Choo, Burberry, Versace and Valentino. The recent victory, in the accessories section, is thanks to his eco-sustainable and 100% vegan women's shoe brand. The designer will have the opportunity to present his collection during the upcoming Milan fashion days, with the support of Camera Nazionale della Moda Italiana, and in Altaroma in January 2022. 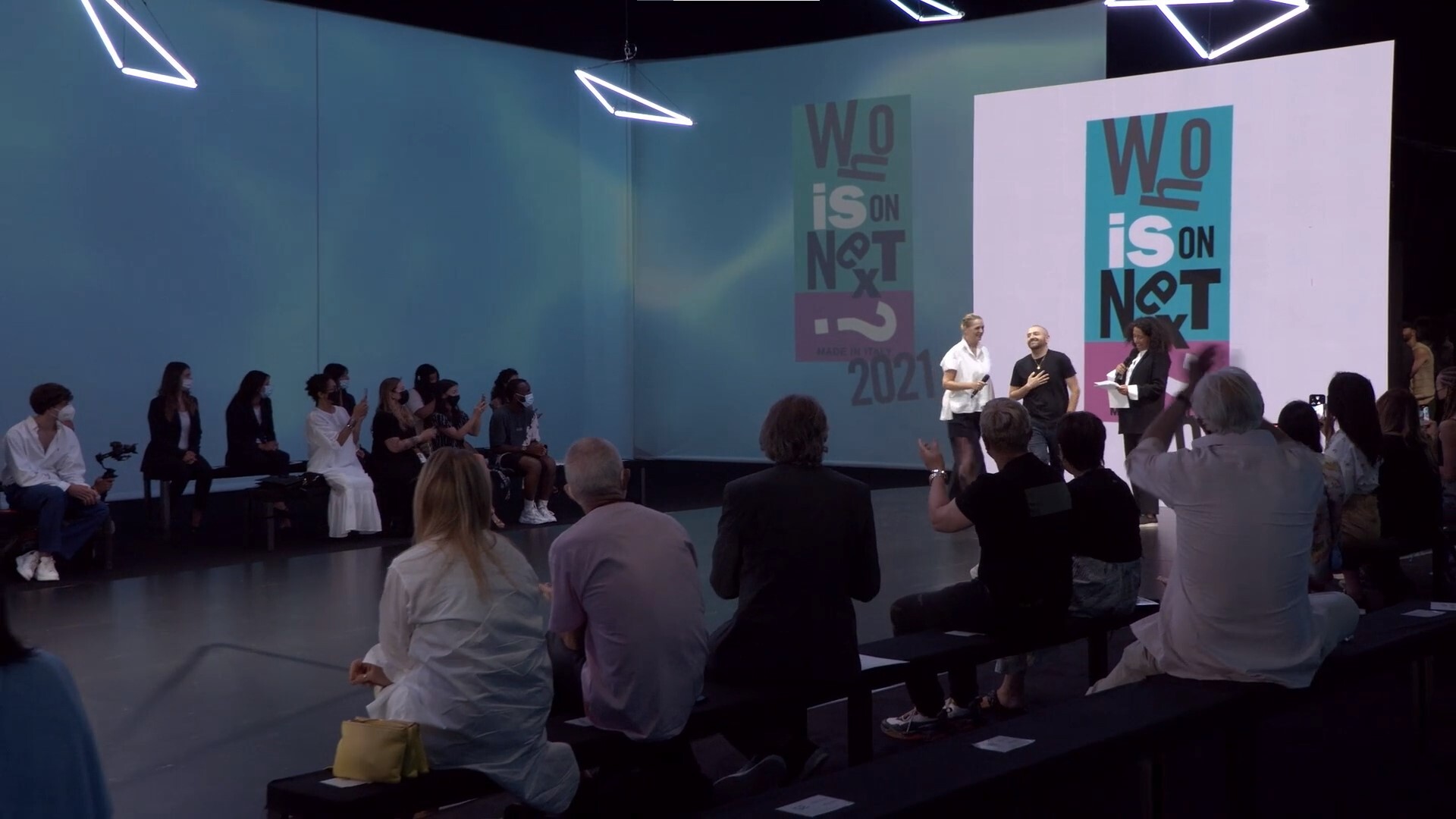 JEWELS DESIGNER GIULIA ROSSETTI ON ELLE DECORHer history is linked to that of a successful family: the Rossetti brothers, who have created a very famous footwear brand, one of the excellences in our country. After high school, Giulia Rossetti decides to follow a IED Jewelry Design course. From there she begins her journey that today sees her at the helm of the accessories and leather goods department of the famous family brand. In addition, Giulia became a designer who creates precious and home accessories thanks to her GIÜRO label.

ALUMNI AND VIDEOGAMESIn an article by Thom's Hardware, discussing whether video games can be considered art, appeared the opinion of Mauro Perini, Alumnus IED, graduated from the Milan office in Illustration. Today he works at Ubisoft, as a senior concept artist. The same company where Alumna Alice Pisoni works. She too attended IED Milano course in Illustration and Animation and she also worked on the new videogame dedicated to Super Mario (read more here).

STARTUPS: GRADUANDS PRESENT THEIR BUSINESS IDEAS TO COMPANIESBeing tested by the market and investors, even before being discussed. These are the theses of seven groups of graduates in Product Design at IED Milano. They presented innovative startup projects conceived also for new living spaces, in transformation also due to the pandemic crisis. 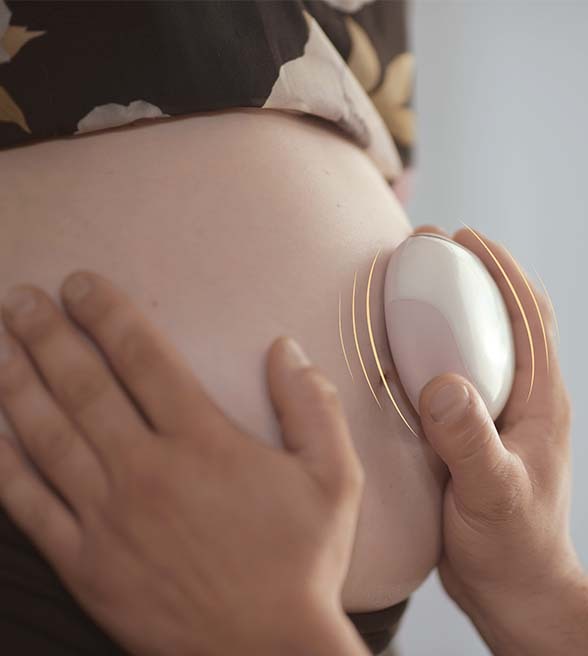 The startups ideas are: "Grow On", born to help outlets for trees and plants, and therefore the work of nurserymen, in crisis since the spread of e-commerce and handyman apps, which could thus sell plants and gardening products and supply online assistance via video call, without having to open a website; “OUTby”, which was created with the aim of solving the problems that arose during the pandemic and related to the alienation of smart working and distance learning for students; "Leaving Space", which wants to create a new workspace for smart workers within their homes, allowing them to recreate, when needed, an ergonomic workstation that offers privacy, finding the right concentration even at home at the end of the working hours; “Sbun Design”, which produces furniture items starting from recycled plastic and then 3D printing them; “Bluumy”, which aims to create a conscious pregnancy experience for the couple, which also involves the fathers more, making both parents experience the expectation in equal measure; "FicusFit", which was conceived as a training support (via app, suit, sensors) able to constantly follow the user and correct him in the physical exercise program, easily monitoring progresses; finally, “Ooasy”, conceived as a system of work paths on oneself, with a team of psychologists, to sensitize and take care of one's psychic well-being, starting from the intensification of some disorders caused by a pandemic.

UAN IS BACK!The IED Milano educational project with Mediaset has finished. Five groups of young designers worked on the updating of the irreverent animated puppet to create visuals inspired by him, aimed at personalising capsule collections thanks to the collaboration with Blasetti (paper industry), CiakRoncato (luggage), Ravensburger (toys), Sabor (clothing) and Clipper (lighters). Among the five proposals, the choice fell on the project presented by the students of the Master in Graphic Design Amelia Annunziato, Cecilia Benedettini, Silvia Bernardini, Daniela Bonfirraro, Enrico Fazzi. 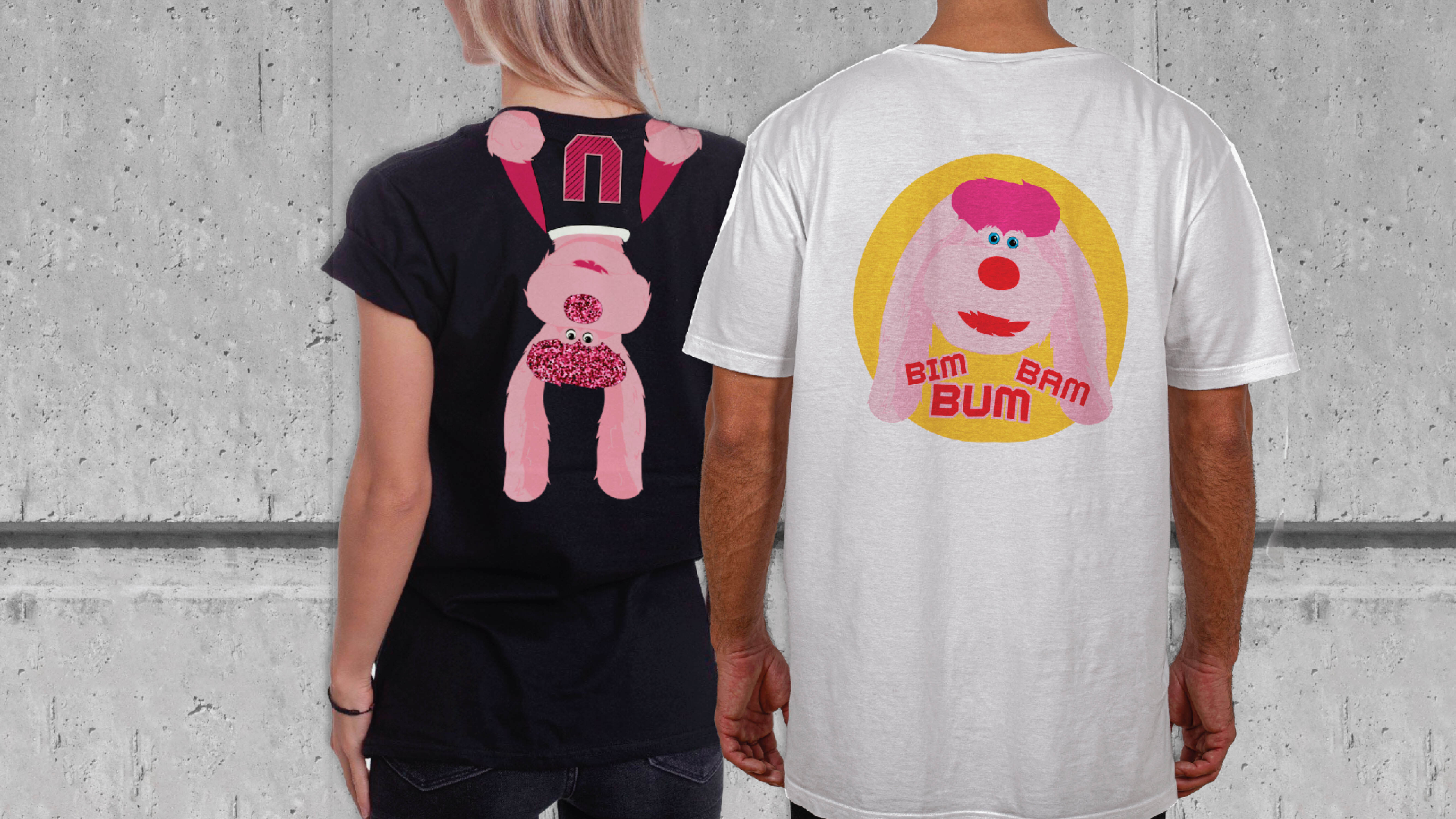 AN INNOVATIVE THESIS BETWEEN DESIGN, FOOD AND WINEIED Milano Alumna Giordana Vasile, graduated from the Undergraduate course in Photography, has carried out her thesis project dedicated to the temple of food and wine in Sant'Agata sui due Golfi, titled "Don Alfonso 1890 - A journey through food, history and nature in the Sorrento peninsula ". The result of her research has merged in a photographic book on the excellence of her land, exploring all the places in the restaurant structure, from the kitchen to the exteriors. The book is even interactive: in four pages, there are QR codes that lead to a Youtube video that immerses the reader inside the Don Alfonso's spaces, as if we were there in person.

PIERPAOLO PICCIOLI IS BACK, LIVEValentino, the historic maison now headed by the IED Roma Alumnus Pierpaolo Piccioli, was back to show live in Venice, in the heart of the Darsena where the Haute Couture autumn-winter 2021/2022 collection was presented.

RENATO DE BLASIO DOCUMENTS EURO 2020The young video-maker, who attended the Video Design and Filmmaking course at the IED School of Visual Arts in Rome, worked on a documentary on the Italian national soccer team, winner of Euro 2020. His work can be seen on Raiplay! 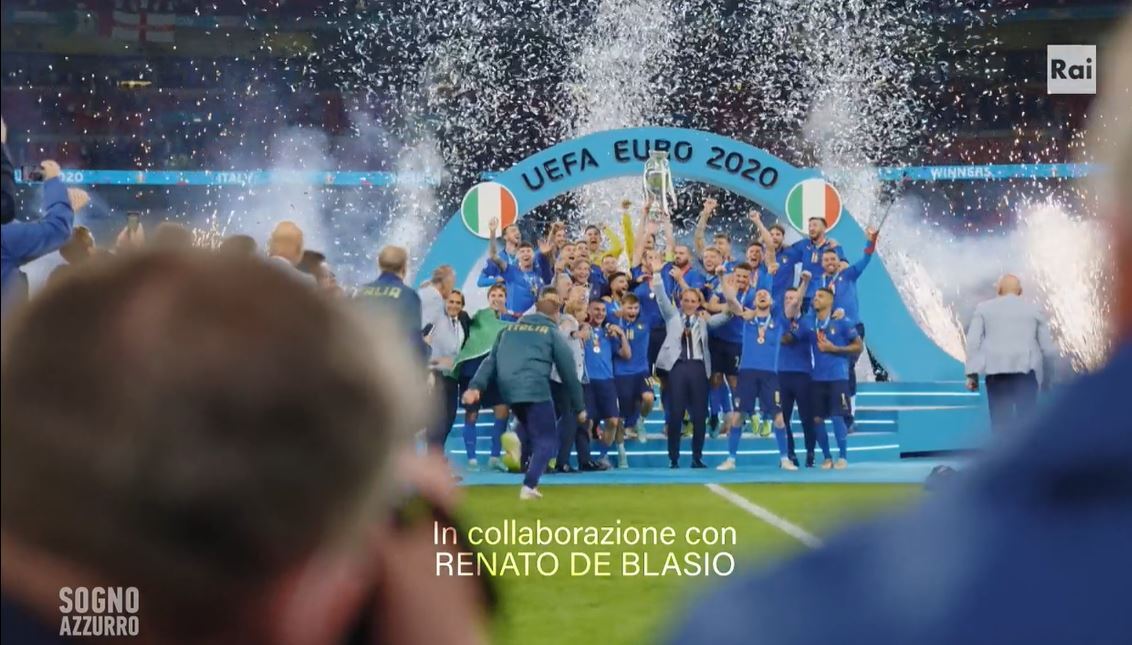 MARIA SHEILA MIANI, FERRAGNI'S ASSISTANTFrom school to red carpets with the queen of influencers, Chiara Ferragni. One of her assistants attended IED Moda Roma and now works at The Blonde Salad as a Communication Specialist. Maria Sheila Miani, a very young professional of Irish origin and Italian by adoption, recently accompanied Ferragni to the Cannes Film Festival, as mentioned by Fanpage.it.

MARCO DE VINCENZO IN THE NEW WAVE OF MILAN FASHION

The fashion designer, who studied at the IED Roma Fashion School, is now an established professional in his sector. The monthly magazine Amica recalls how the Sicilian creative became part of the New Wave of Milanese fashion. We talked about Marco De Vincenzo in March in an article about IED Alumni and international music stars (read it). For example, he collaborated with the Italian singer Levante. He has also collaborated with the famous brand Marina Rinaldi, for whom he has created a fall/winter 2021 women's capsule collection with ecological furs and dresses with multicolour polka dots. This work will be followed by a spring summer capsule collection for 2022.

THE NEW COLLECTION BY ISABELA BUENO
The Brazilian Alumna, from the IED Rio de Janeiro, has created a new collection in collaboration with Pomeriggio studio. The project emphasises manual work with the aim of presenting hand-painted pieces by Isabela Bueno, created with exclusive prints, together with precious national raw materials, such as pure silk and cotton, and produced in limited numbers. 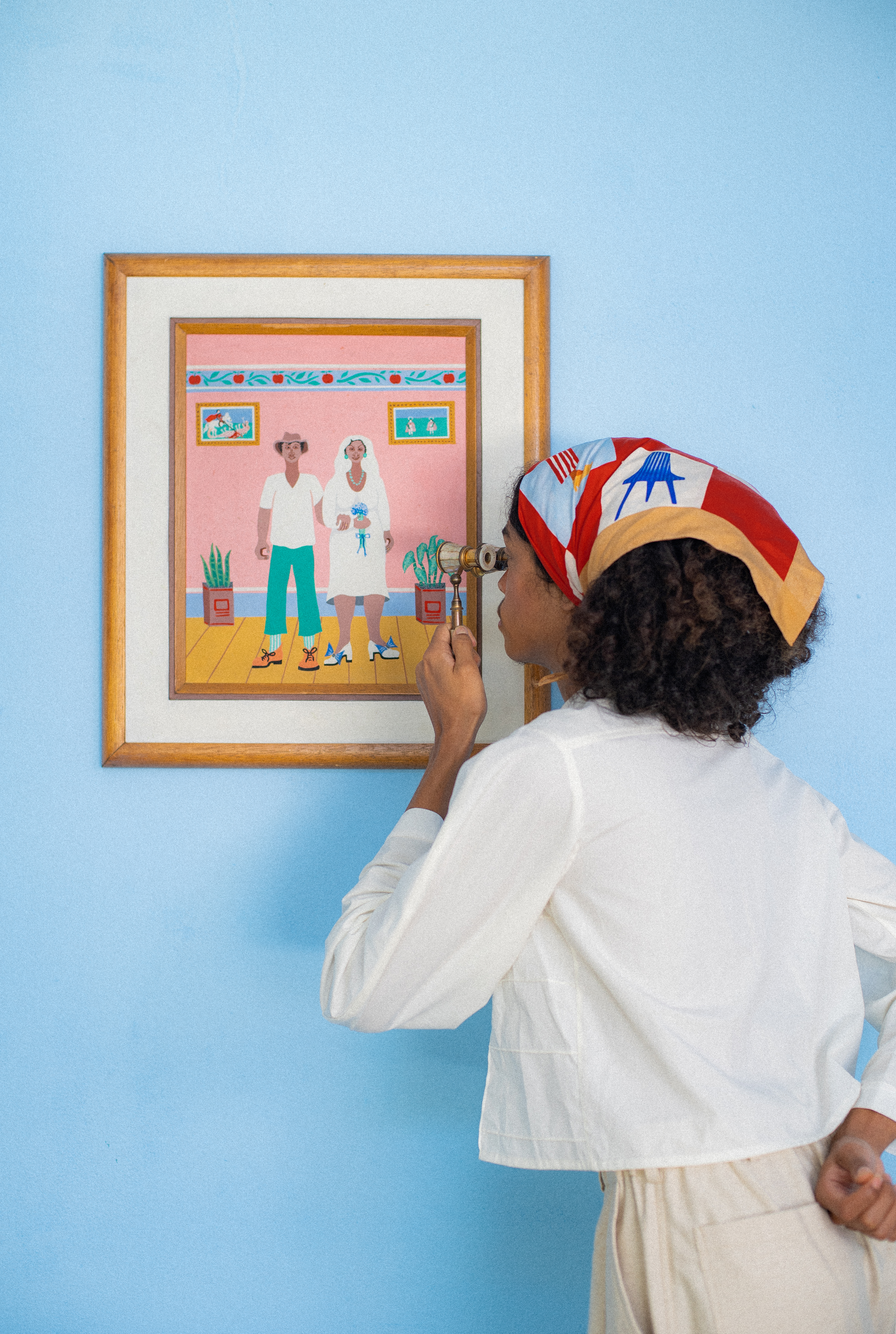 FROM PUGLIA, WITH LOVESummer, art and design. Three elements that in these days bring us back to Puglia, thanks also to the work of the IED Alumni. Villeecasali magazine dedicated an article to Alumnus Gian Paolo Guerra, an interior designer who was able to rework the Apulian style with a contemporary touch, and worked in Ostuni, the so-called "white city", to restore a "trullo", one of the iconic local buildings from the Saracen period; instead, in Monopoli he worked on the interiors of a stone farmhouse, which later became a holiday home. And Puglia is also linked to the activity of another Alumnus, Michele Lamanna, who told L'Officiel about his brand Isabella 1985. He studied Graphic Design at IED Milano and had working experience in London, before returning to Italy. In fact, his Apulian origins influence his clothing brand, as Lamanna tells the magazine, along with references to the culture of the Eighties and Nineties. Also in Puglia, Palazzo Maresgallo in Lecce hosted the photographic exhibition of Alumnus Uli Weber, curated by Paola Colombari, and entitled "Quid pluris: looking beyond"; Interni Magazine also talked about the exhibition. 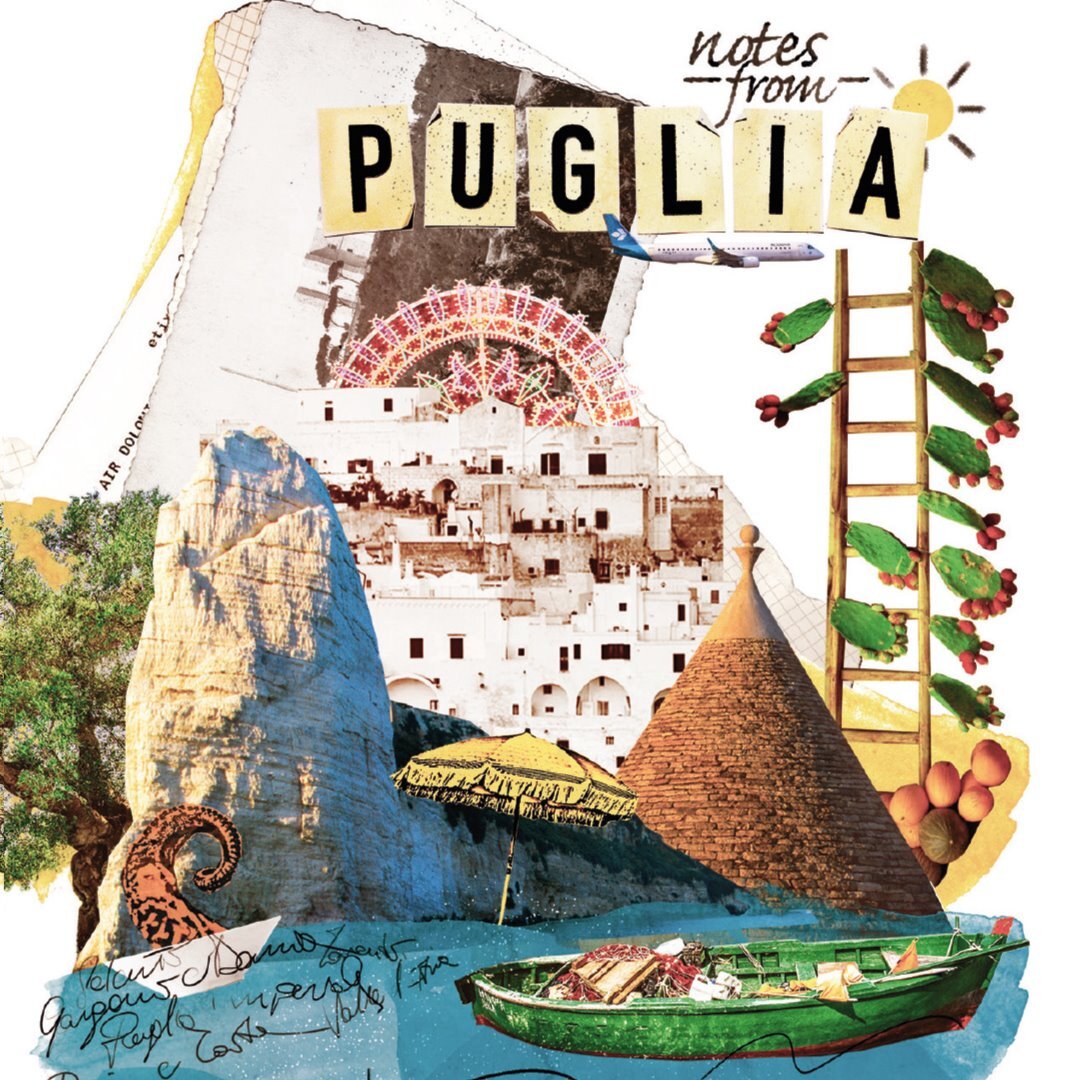 Finally, the new project signed by the very young and talented graphic designers IED Roma also talks about Puglia. A special travel diary for AIR Dolomiti Diretti passengers in Puglia. The project that involved Air Dolomiti, Pugliapromo and IED Roma is called "Notes From Puglia". The travel diaries the students worked on tell the things and the particularities of Puglia through creative illustrations. The pocket illustrated notebooks will be delivered to all Air Dolomiti passengers on the Munich/Bari route, and will accompany tourists during the travel experience with drawings, notes and games. Each student was inspired by a particular place in Puglia, an architectural, historical or culinary element, to offer an illustrated reinterpretation that helps tourists to get to know the territory: from the Tremiti Islands to Lecce, passing through Ostuni, from the trullo structure to the illuminations of San Nicola, from the true recipe of pasta with turnip tops, to proverbs. The "Notes from Puglia" project published is also part of Puglia Frames of Mind, where the works created in a dedicated section have been exhibited. The exhibition, inaugurated on the occasion of the G20, curated by Pugliapromo and Phest and organized by the Teatro Pubblico Pugliese, will remain open until 31 August. The works that make up the diaries were signed by 22 third-year students of the Undergraduate Graphic Design course, who developed the project within the Special Projects Unit, directed by Luigi Vernieri. They are: Pietro Ansideri, Roberta Antinolfi, Giulia Baschetti, Yi Chen, Francesco Falcone, Francesco Vito Finiguerra, Riccardo Fragale, Giuseppe Laezza, Beatrice Masci, Matteo Mastromoro, Chiara Mazzini, Mariano Mintrone, Monica Murtas, Elisabetta Nappi, Claudia Nazionale, Alessio Palazzi, Gianmarco Paolucci, Gianluca Pichi, Laura Pugliano, Marco Recchia and Edoardo Sterbini.

ANKITA NANDKEOYLAR, A LEADING WOMANShe's Founder & Chief Brand Strategist at Firebrand India and, recently, she received a recognition in the World Women Leadership Congress Awards. IED Milano Alumna, Ankita Nandkeolyar is also one of our mentors; and she told her life and professional path in an interview, which you can read here.