MATTHIEU AQUINO AT THE IED COMMUNICATION ADVISORY BOARDThe 2021 edition of the IED Communication Advisory Board took place in June. Representatives of the IED world, from Milan, Rome, Turin and Madrid took part in the event that aims to identify trends, market directions and guidelines for teaching communication. The event was also participated in remote by 200 students and 10 advisors (top managers of companies such as Facebook, Google and others). It was also an opportunity to hear the testimony of a successful Alumnus like Matthieu Aquino, who now works in New York as Vice President, Global Beverage Design & Brand Experience at PepsiCo, which played a key role in the Super Bowl this year (read the article). 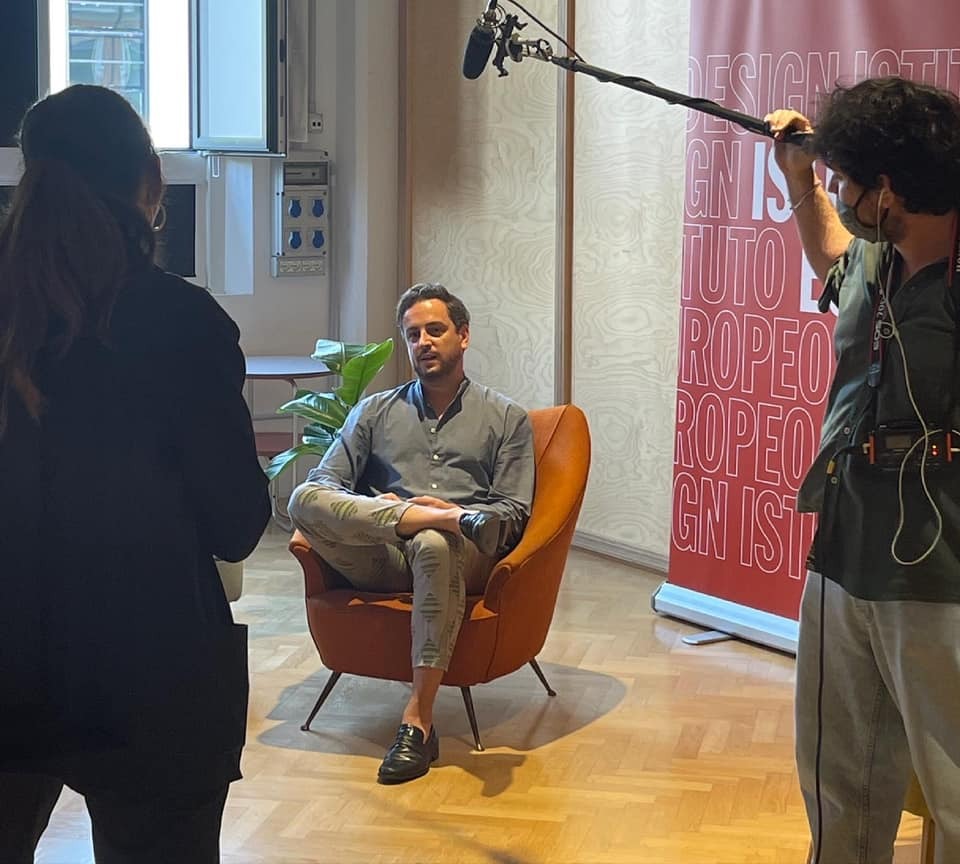 MATTIA SAVARINO WINS THE AUTOSPRINT CONTEST
The IED Torino Alumnus triumphed in the competition launched by the Italian weekly magazine Autosprint together with the driver Francesco Fenici. He won with his bright green and black livery for the Porsche 911 GT3 Cup, that will compete in the Carrera Cup Italia. Originally from Turin, Mattia Savarino graduated in Transportation Design.

IED DIPLOMANDS AT THE MILAN FASHION WEEK The best fashion collections of IED graduates were presented at Milano Moda Uomo in a video performance that analysed the relationship between body, dress and dance. The fashion video, entitled "PÓST - IED Avant Défilé 2021", was directed by the Alumnus Nicola Garzetti with the creative direction of Olivia Spinelli. The clothes of the 11 thesis collections by IED Milano Fashion School were worn by 13 performers from the Kataklò Academy.

SOFÍA BAQUERIZO DRESSES ECUADOR’S FIRST LADYShe studied Fashion Design at IED Madrid and specialized in haute couture. Her thesis project was published in Harper's Bazaar and Vogue. This is Sofia Baquerizo, who recently dressed the first lady of Ecuador, María de Lourdes Alcívar de Lasso, for whole she created a dress with simple cuts in raffia, a fabric representative of Ecuadorian craftsmanship, and another in blue shantung silk. After the end of her studies at IED, she gained experiences at the Spanish luxury company Alvarno and, then, she started her personal project: the Sofía Baquerizo Atelier. She is now working on the launch of Fofilicious.art, a knitwear project that combines her passion for fashion and illustration with a sense of humor. 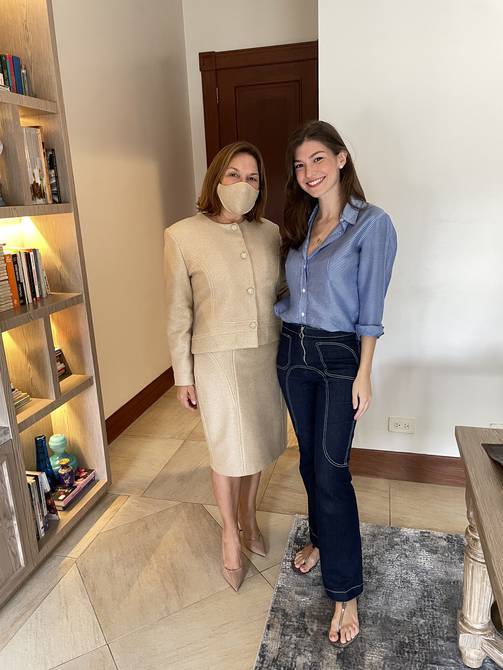 A novel in which adventure, soul searching and African lands are all mixed together in the debut novel by IED Alumnus Alessandro Andrei, published by Les Flaneur editions. the author attended a Masters in Design at IED Milano.

A NEW ASSIGNMENT FOR CINZIA TREZZIThe IED Alumna, who earned a Master in Event Design, has been appointed by the international communications agency Havas Pr as the new director of Consumer & Branding at its Italian headquarters. Cinzia Trezzi already boasts nearly twenty years of experience in communication, having worked in Imageware and BCW.

“LUCA” IN CINEMAS NEAR YOUThe new Pixar film has an all-Italian flavour, being set in Liguria, the native land of its director. "Luca" is, in fact, directed by Enrico Casarosa, who attended IED. During his career he worked as a storyboard artist for feature films such as "Ice Age" and subsequently worked on Pixar Animation Studios hits such as "Cars" and Oscar-winning "Up". He even got an Oscar nomination for best animated short film in 2011 with the opera "The Moon", which was screened in theatres before "Brave". 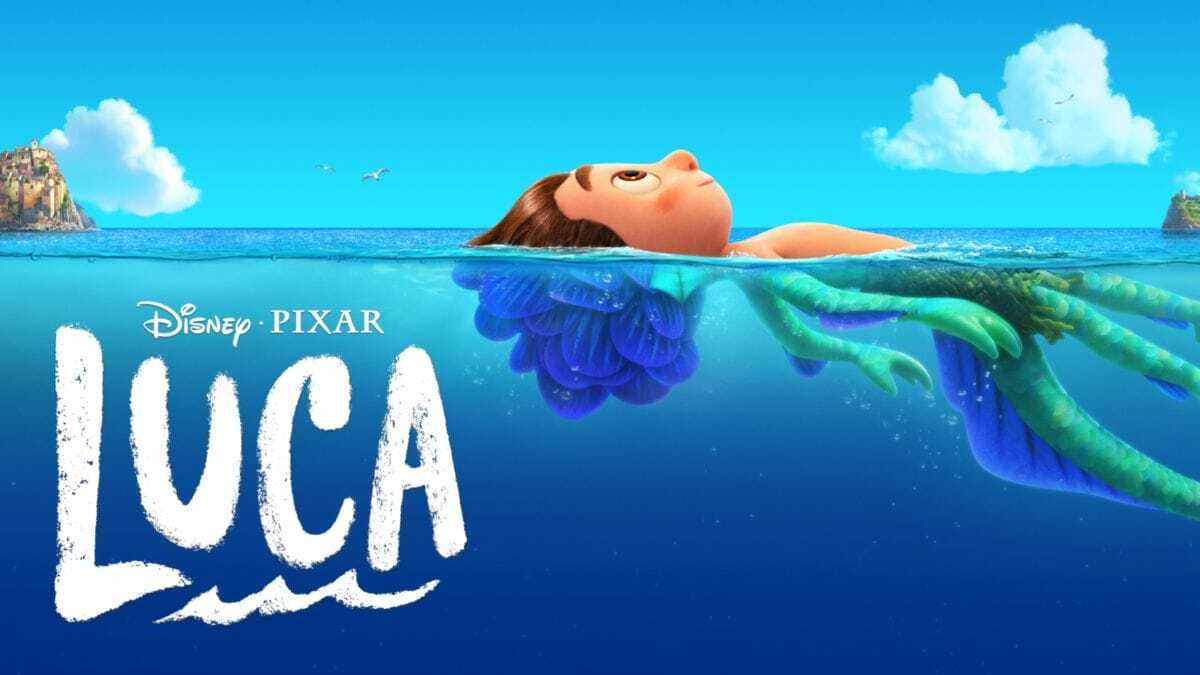 CARA/DAVIDE TELL THE LIBRA CALENDAR
Cara Judd and Davide Gramatica, founders of the multidisciplinary design studio and IED Milan Alumni, presented the Bilancia calendar for Living Corriere, which was designed in 1959 by master Enzo Mari, for Danese Milano.

LA REPUBBLICA TALKS ABOUT FRANCESCA PEDRINI
The well-known Italian newspaper writes about Francesca Pedrini, founder of GRAM Factory, an agency specialising in influencer marketing. The young entrepreneur, who attended a Master in Fashion Photography at IED Milano, started by involving 15 influencers who through their social accounts to promote the seaside region of Liguria’s small local communities and events. Furthermore, each professional specialises in a  different sector, from food to tourism to fashion. A much appreciated job, which increased during the period of the Covid-19 emergency, when small companies most needed help and visibility.

THE LATEST SUCCESSES OF IED COMMUNICATIONThe satisfactions continue to arrive for the IED Schools of Communication in a Milan and Rome, which won awards at the Young Ones Student Awards, one of the main world competitions dedicated to advertising, interactivity and design schools. IED Milano - ranked sixteenth best creative school worldwide, and first Italian school - obtained 3 silvers and 3 merits. IED Roma was awarded a silver. The winning projects were of young graduates who worked on two campaigns for Whatsapp and Spotify. 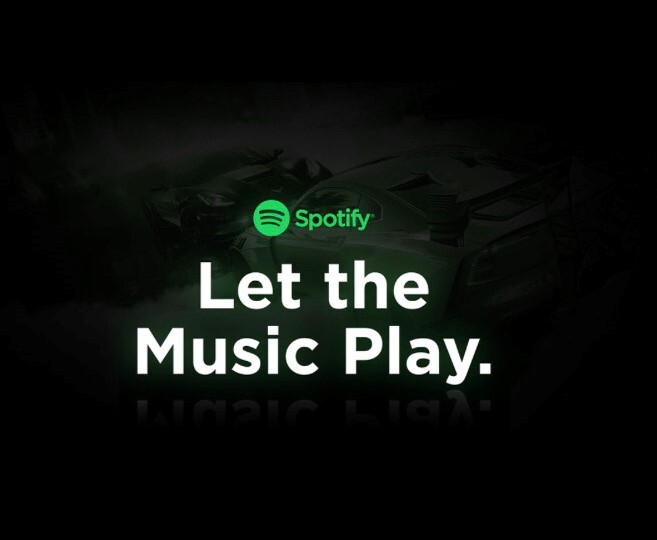 Whatsapp asked for the creation of a campaign to raise awareness of mental health among young adults through the use of its messaging platform. The IED Milano team (made up of Alice Giorgia Castelluccio, Victoria Tedesco, Tommaso Donati, Omar Confortola and Francesco Fusi) created "Mood Report", winning 1 silver and 3 merits. The IED Roma team (made up of Beatrice Coppola, Francesca Iannucci and Alessandra Astarita) instead presented "Keep in Touch" obtaining 1 silver. While the brief launched by the Swedish music streaming company Spotify involved the creation of an integrated campaign to promote the use of the daily drive playlist while driving, in a particular period such as the post-pandemic one where people tend to move less frequently for work, and more for leisure. IED Milano (with a team made up of Gaia Demontis, Alberto Baesso, Giulia Curia, Alice Ferretti, Martina D'Avila, Beatrice Carcelli and Giulia Colombo) won 2 silvers with "Let The Music Play", a creative project that explores the use of Spotify not in the real world, but in the virtual world of online games such as Grand Theft Auto V, Dirt Rally 2.0 and Need For Speed. 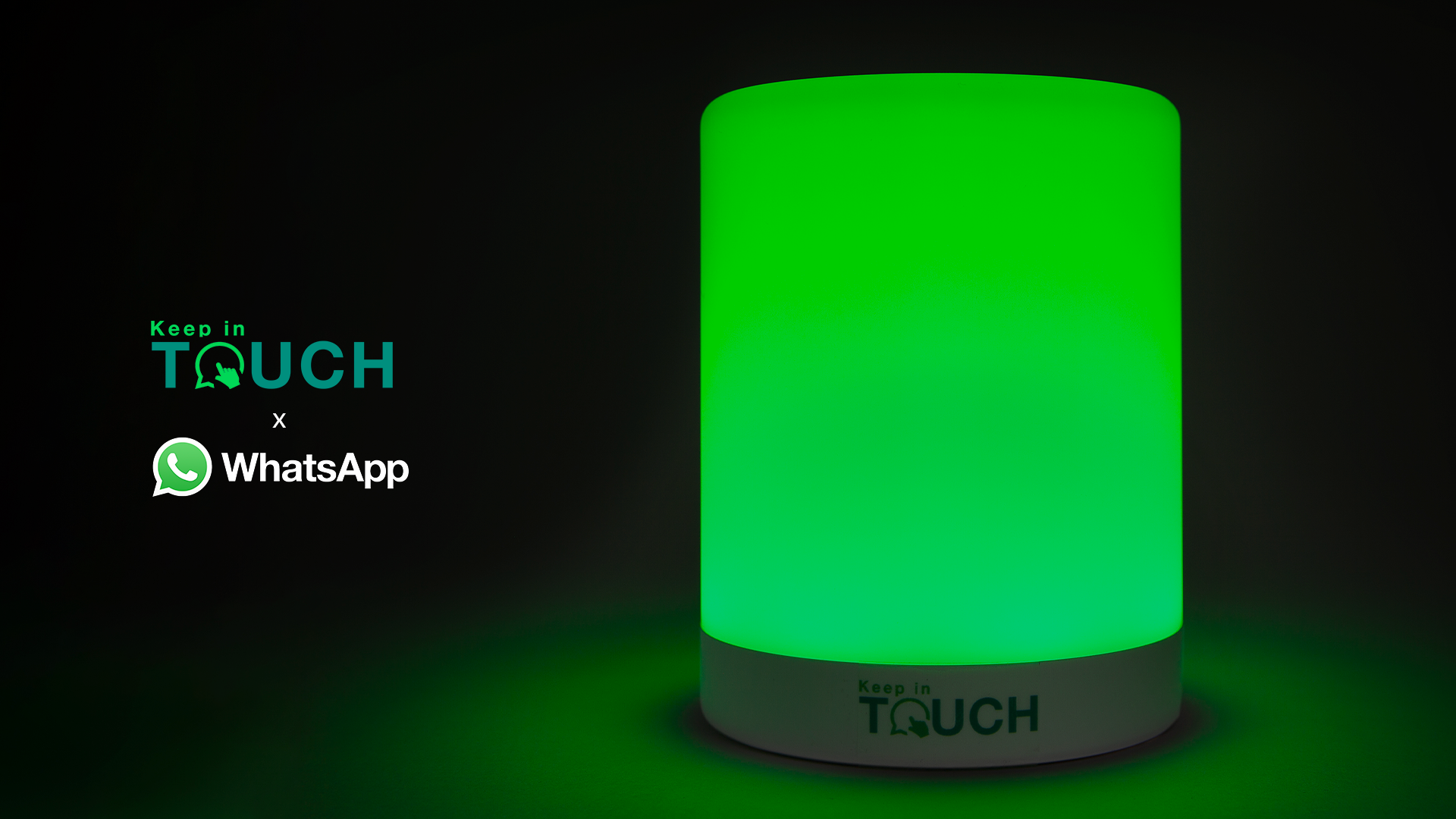 THE TALENT OF ANNA DI PROSPEROIl Resto del Carlino newspaper dedicated an article to the photographer and IED Alumna from Roma, who was the protagonist of a meeting at the Maria Livia Brunelli Gallery in Ferrara. The photographs of Anna Di Prospero, born in 1987, originally from Rome, have conquered Italy with solo and group exhibitions, as well as the United States of America where her photographs were exhibited at the Month of Photography in Los Angeles. Among the prizes won by her are the Sony World Photography in the Portraiture category, the People Photographer of the Year at the International Photography Awards, and the Discovery of the Year at the Lucie Awards 2011. One of her latest projects was the “Self-portrait with my family” series, which started in 2019 and is still in progress.

MEA DESIGN AGENCY MEETS STUDENTSIED Roma Communication Alumnae, Martina Ricca and Alice Berardi met the students during a special lesson on “The future after IED”. The two, graduated in Communication Design, are the founders of Mea design agency, one of the most followed in Italy in the field of digital communication. Alice and Martina, who told the students about their work successes, also created a “Mea talk” podcast, firmly at the top of the Spotify charts. 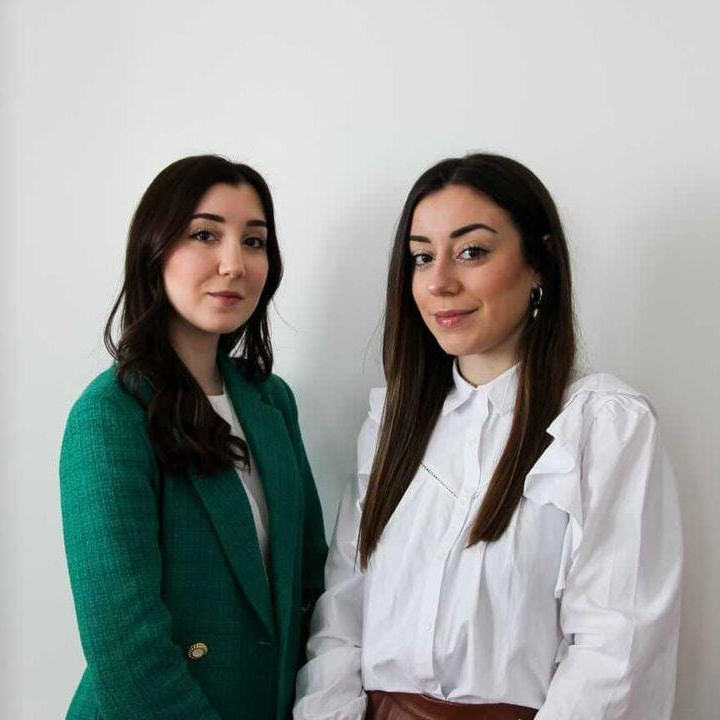 NEW COLLECTIONS BY BONIFACI AND BRUZZICHES
Il Giornale, an important italian newspaper, focused on the collections of fashion designers and IED Roma Alumnae Federica Bonifaci and Benedetta Bruzziches (read her interview), considered among the most interesting designers in Rome.

YOUNG DESIGNERS IED MILANO GROW WITH SUCCESSThree young fashion designers who trained at IED Milano are experiencing a very happy moment. They are: Marcello Pipitone, who has one of the most popular emerging and "sustainable" brands of the moment and exhibited his creations at Milano Moda Uomo 2021, as well as being among the finalists of Who is on Next?, a competition organized by Vogue Italia; Alessandro Vigilante, another creative to follow among the names in the womenswear scene, who has conquered press, stylists and celebrities with his collection inspired by the world of dance; Giorgia Gervasoni, graduated in 2020, who in September will represent IED at Milano Moda Graduate, during the fashion show promoted by Camera della Moda.

UOL TALKS ABOUT KRAVCHENKO
The work of Gregory Kravchenko, a former student of the Product Design course at IED São Paulo, was remembered among the articles of UOL. The designer has a great passion for handmade design that he expresses in his brand Krav Design, with which he produces wooden furniture and other items.

MARIO DE LIBERO WINS THE OLIVETTI DESIGN CONTEST
The IED Firenze student, who graduated from the Undergraduate course in Advertising Communication and who now attends the course in Typography and Calligraphy - The Font Design, is among the winners of the fourth edition of the Olivetti Design Contest. Mario De Libero wins with the Otello font. The competition, dedicated to Type Design, in fact included the design of the new Olivetti typeface. The Otello font, which ranked third, is a splendid tribute to the spirit of modernist typography made in Italy, full of inventions and talent. 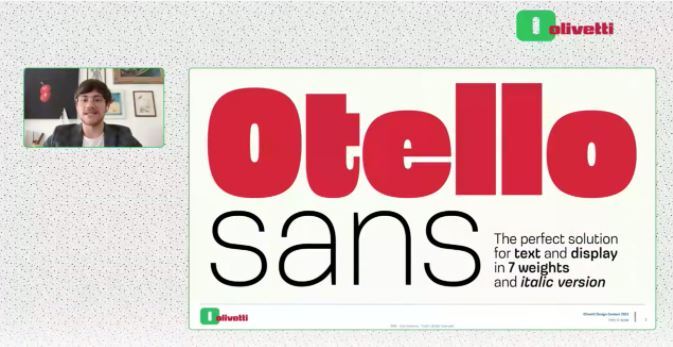 MECNA IS DISCO D'ORO
The IED Roma Alumnus has obtained the important musical certification thanks to his fifth album, entitled "While nobody watches" and published by Universal. The rapper - his real name is Corrado Grilli - graduated with honors from the classrooms of the Istituto Europeo di Design in Rome and released his first album in 2012. From there his successful rise in the world of music began.