INTERNI MAGAZINE ON GABRIELE CHIAVE
Designer, creative director of Marcel Wanders studio and IED Milano Alumnus. The famous design magazine dedicates an article to Gabriele Chiave's career (read his interview). Born into a family of diplomats, from an early age he traveled between Europe and the rest of the world. But he has a particular bond with Milan, where - as he told in the interview with us - he attended IED and made friends with other designers, before moving to Amsterdam. Chiave was also the protagonist of a talk organized by IED Milano.

IED RUNS TOWARDS THE CANNES FESTIVAL
Alumnus Massimo D'Arienzo, who graduated in Art Direction, from the IED Milano School of Communication won the Giovani Leoni 2021 Award with the The missing memory campaign for ActionAid, paired up with his colleague Federico Carlo Mucci. The project, which triumphed in the “Film” category, focuses on the condition of all young foreigners born in Italy but without the right of citizenship. But for D'Arienzo, Junior Art Director in Olgivy Italia, it doesn't stop there! In fact, this victory gave him direct access to another competition, namely the Young Cannes Lions, to be held from 21 to 26 June, with the possibility of representing Italy.

THE NEW WOWEN'S COLLECTION BY FRANCESCO MURANO
The young fashion designer from IED Milano, who dressed Beyoncé, returns with feminine looks: "With this new work, I continue a rational and aesthetic research linked to the Greek world - Francesco Murano said. A contrast between classicism and baroque that had already characterised my thesis collection and the one I presented at Who is On Next?, inspired by Leonardo's Codex Atlanticus in a feminine key". For the autumn/winter 2020 collection, here are 9 outfits (12 garments and more accessories) that harmonise those two different worlds, thanks also to the perfection of the circle, and of the woman herself. An almost "vitruvian" being, that becomes the "geometric pivot of the world". 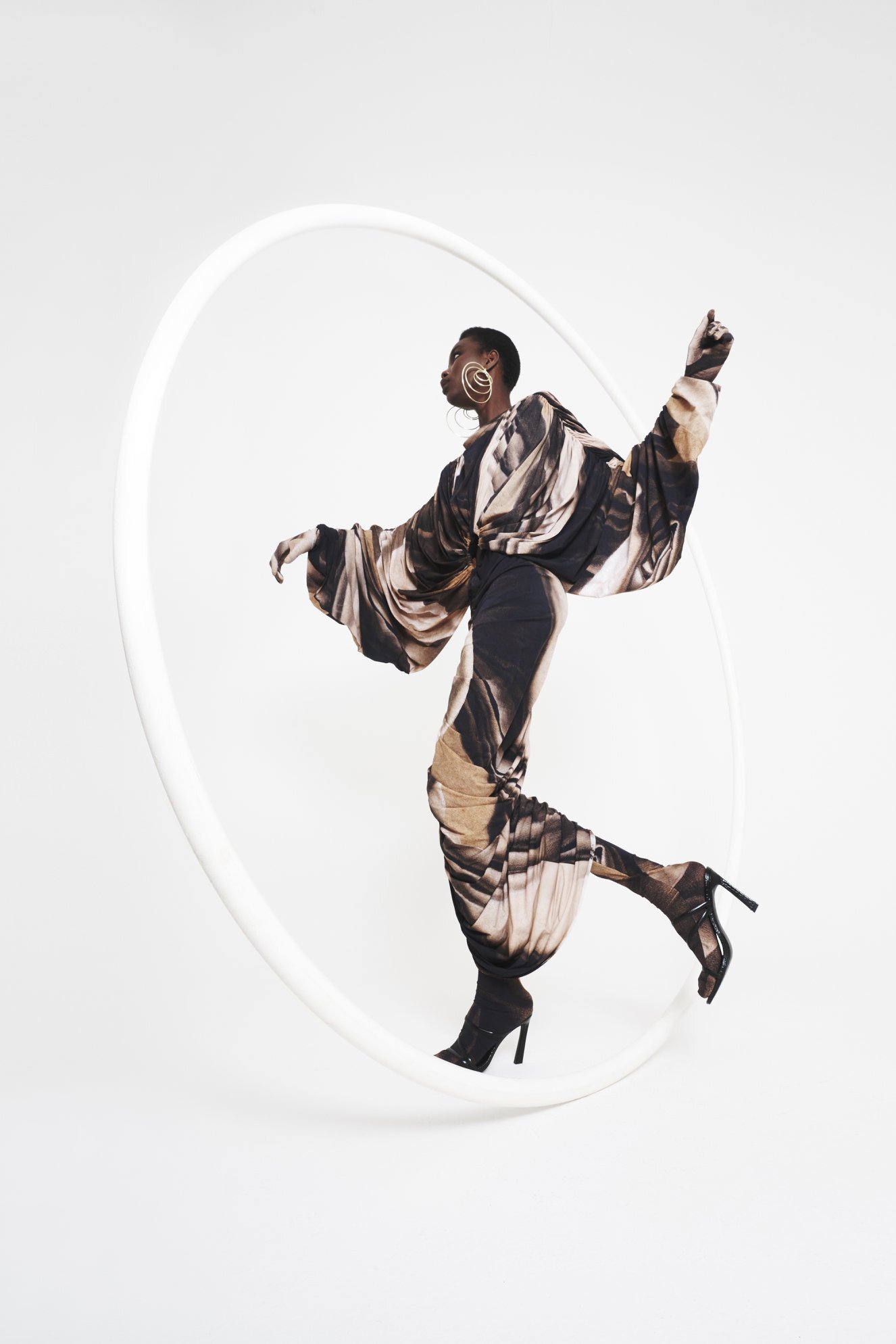 THE IED ALUMNI AND THE COMPASSO D'ORO
The ADI Design Museum - Compasso d’Oro was inaugurated in Milan on May 25. It is a space that will house a collection of objects that have obtained the prestigious design award since 1954. The Compasso d'Oro is an important recognition regarding Italian design, also won by Alumni such as Francesco Meda. But speaking about this award, to remember is also Paolo Metaldi (read his interview), who won the first international edition of the Compasso d'Oro in 2015. His creation, Shy Herb, produced by Viceversa, is a folding half-moon kitchen knife; and it is also a space-saving object, made safe thanks to its handles that act as a blade guard, designed to be used with one hand.

MORE SUCCESSES FOR IED MILANO DESIGN ALUMNI
New satisfactions for the product designer Simone Bonanni, who trained at IED Milano (read his interview). He is among the winners of the A'Design Award 2021 Furniture Design category, with the Obon tables designed for Moooi and inspired by terracotta, that combines modern design and ancient techniques in three minimalist creations.  But Bonanni is also the star at "ORME" until 30 July, a personal exhibition dedicated to him and open to the public at Pianca & Partners in Milan. Instead, Federica Biasi, an Interior Design Alumna from IED Milano, won a gold at the A'Design Award 2021, with LIVRE, an armchair designed for Gallotti and Radice, with a wooden structure in solid ash, conceived for home and work use, perhaps in waiting areas where people interact with each other. Finally, La Repubblica-Torino dedicated an extensive article to the Belgian designer Cédric Robaye. He is a IED Torino Alumnus, graduated in Transportation Design. Now he works as a senior designer at Marelli, a company specializing in the supply of high-tech products and systems for the automotive industry. 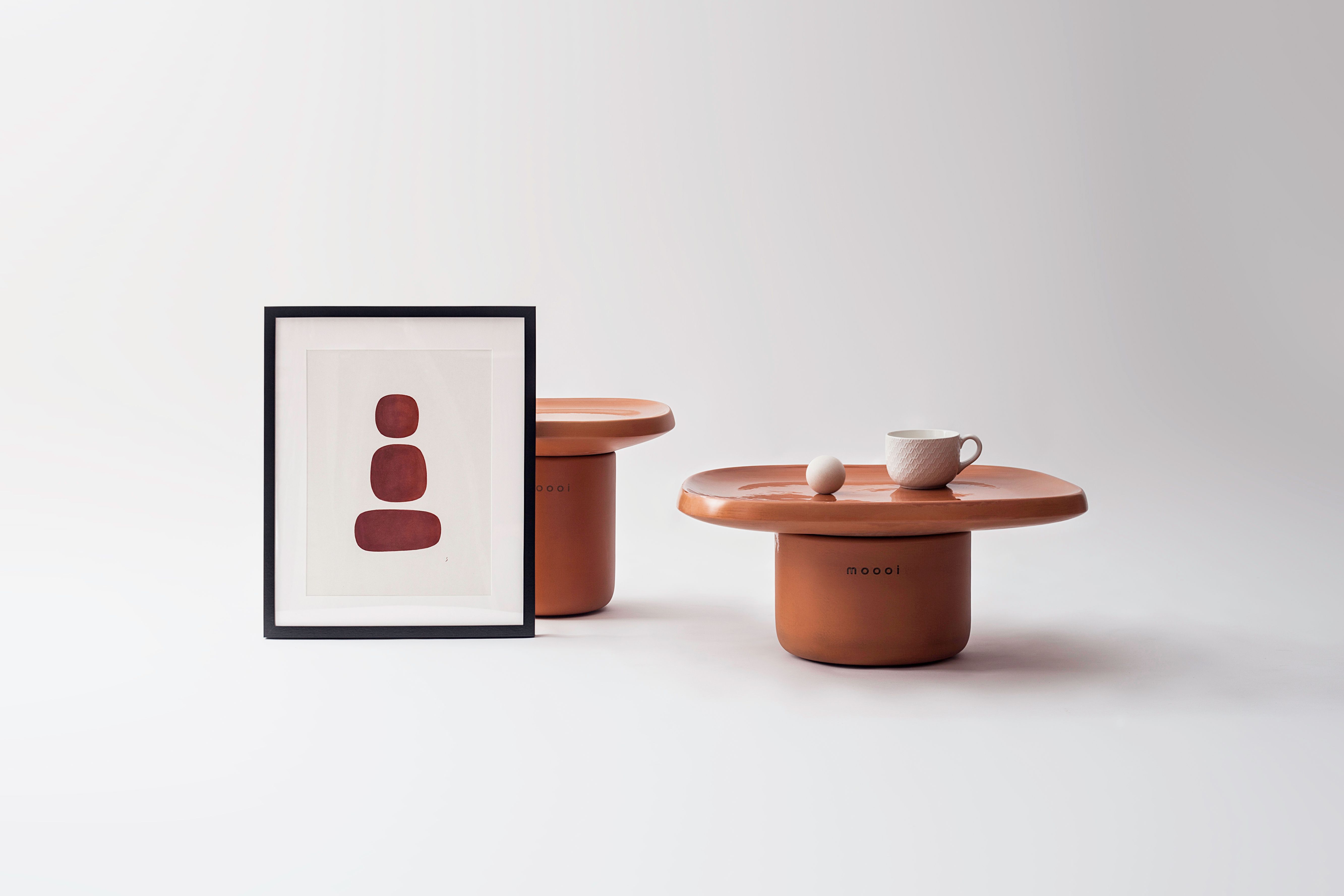 OLESIA CREATES THE FIRST AGE-FREE SHIRT
The Spanish brand, an emerging reality concerned about sustainability, presented a capsule collection with materials made in Spain and handcrafted in a small women's workshop. Composed of a line of blouses designed for every type of woman, of any age, the collection was born in the belief that everyone should have the right to have in their wardrobe an ideal garment that can be adapted to their own style, to their own age and body, in different situations. Along with the tulle bow, a characteristic element of these shirts, there are also buttons lined by hand by artisans from Madrid. At the head of Olesia, there is an IED Madrid Alumna, Alejandra Fernández Collado, who trained in Fashion Design. After her studies, she gained experience as a stylist at the Inditex group, specifically for the Bershka and Stradivarius brands.

MATTEO CAPONE CAPTURE THE ENVIRONMENTAL DISASTERS
The projects of a student and a recent graduate of the IED Roma Undergraduate course in Photography are among the stars of the photographic exhibition On Climate Change, promoted by the Austrian Culture Forum, which can be visited in the Rome until 30 July. Invited to reflect on issues such as climate change and environmental changes, the IED creatives worked on their projects. In particular, Matteo Capone presented a photographic documentary on Italian industrial territories and on the effects of pollution on Tirino-Piano d'Orta in Abruzzo, Orbetello in Tuscany and Terni Papigno in Umbria, where there are active or abandoned mining plants, chemical centres and waste dumps. 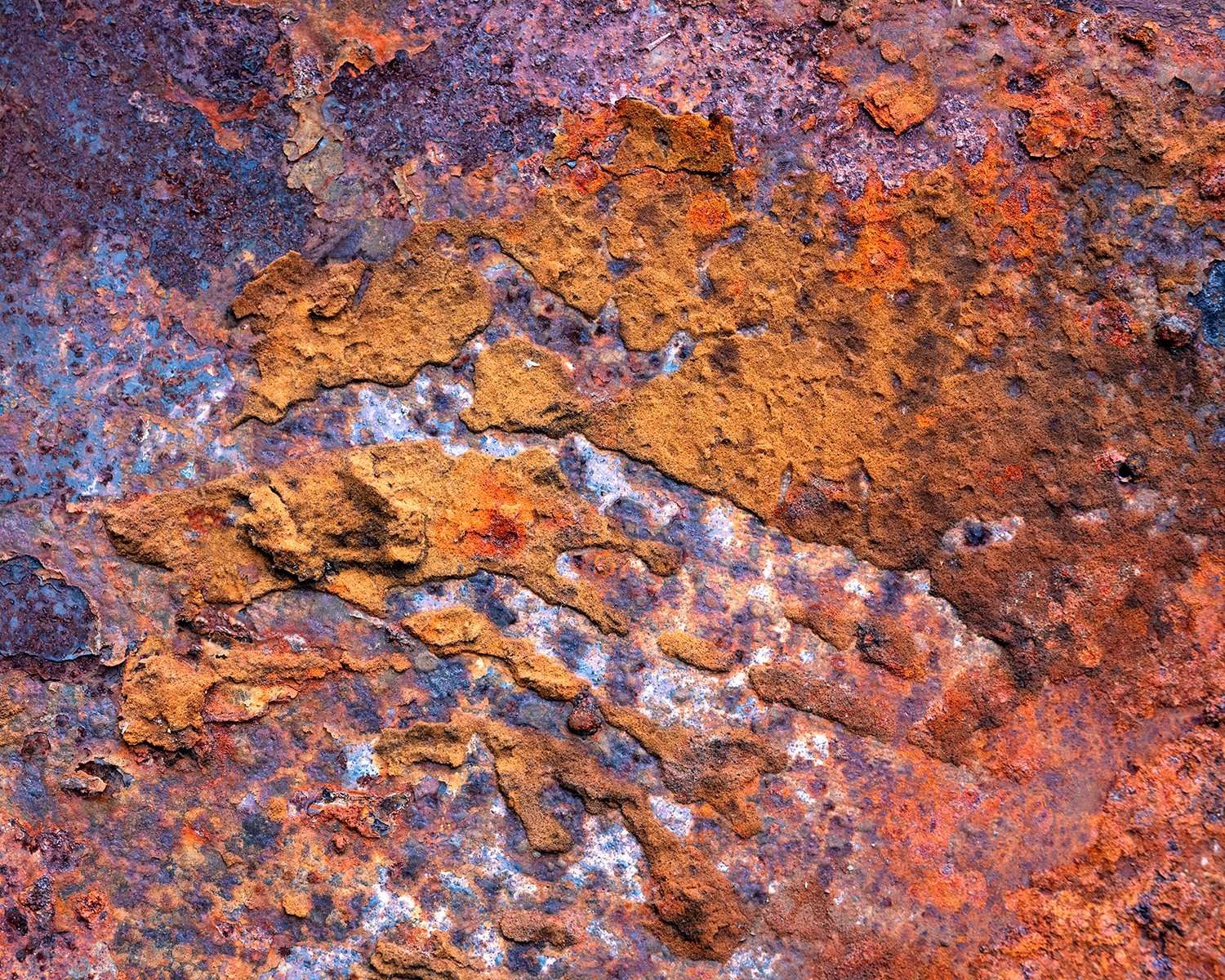 THE NEW JEWELS OF ATELIER VM
The Atelier was founded in 1998 thanks to the Alumna IED Milano Viola Naj-Oleari and Marta Caffarelli. Their jewels are present in the most famous shopping places worldwide, from Le Bon Marchè in Paris to Nordstrom in the Big Apple, passing through La Rinascente in Turin and Rome,as well as in the two brand boutiques in Milan. Now Atelier VM launches a new summer collection: the jewellery line is called Valentina, and includes a thin ring and a pair of hoop earrings characterised by the use of gold with white diamonds inserts.

MORE NEWS FROM THE WORLD OF ILLUSTRATION!
The newly IED Roma graduated Gaia Magnini, one year after the end of her studies in Illustration and Animation, has published her first book entitled Yora. At the center of the illustrated story is a fantastic village, Myra, inhabited by workaholic miners, and by Odd, an unusual inventor who does not want to work in the mine. The book, as Magnini stated in an interview, was born during the first lockdown in Italy, when she found herself in touch with her childhood memories. The publishing house Bakemono Lab published it in the Deluxe series. On the subject of books, to remember is also the work of the freelance illustrator and IED Milano Alumna Chiara Morra, who worked on a volume commissioned by Google with the aim of teaching new digital natives the responsible use of the web. Among her past collaborations, companies like Lavazza and publishers like Mondadori and Feltrinelli. 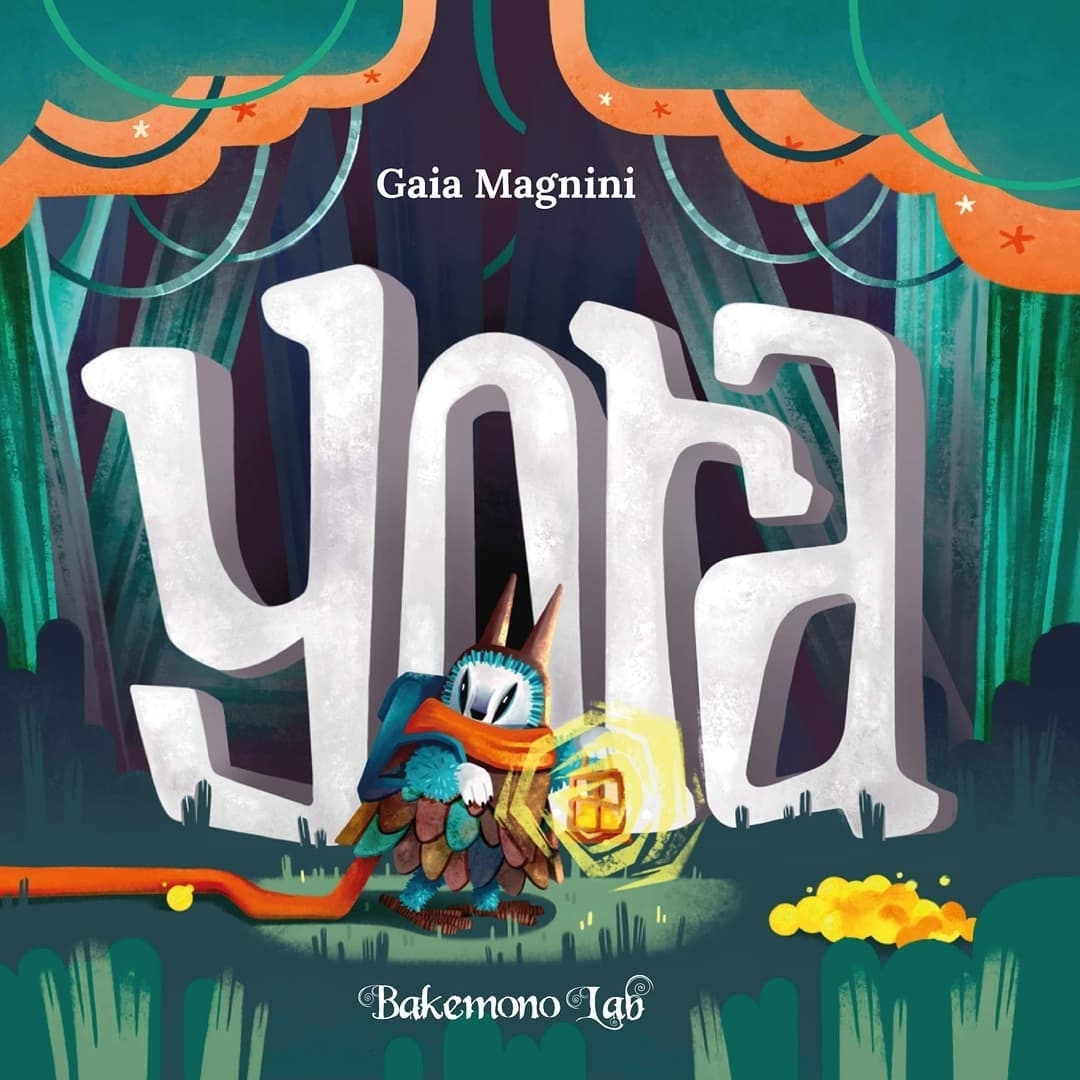 MEKKDES, THE BRAND OF CELEBRITIES
Reading through fashion magazines or Googling, it is impossible not to come across the success of Mekkdes, the Spanish fashion brand founded in 2011 by its creative director Patricia Ferreira. She attended IED Barcelona and was awarded the "Best Thesis Fashion Award" at the end of her studies. But that’s not all, MODAFAD subsequently named her one of the best young designers of the moment and she often appeared on the catwalk of 080 Barcelona Fashion. Today, Mekkdes dresses celebrities such as Lara Álvarez, Miriam Rodríguez and Álvaro de Luna, as well as musicians, influencers, actors and television personalities.

BORGES WEARS THE POP STARS
Lately the world of social media has gone crazy for the sketches of the fashion designer Leo Borges who studied at IED São Paulo, and who continued his path of success by dressing pop stars like Anitta. Many have in fact shared the designs of the singer's looks in the video for the song Girl from Rio. As Borges stated in an interview with the Brazilian magazine FFW, he began dreaming of the fashion world since he was a teenager. Then he worked on the Carnival costumes for the singer and actress Ivete Sangalo. Since her graduation in 2019, the designer has collaborated with renowned stylists and designers for the looks of many stars. 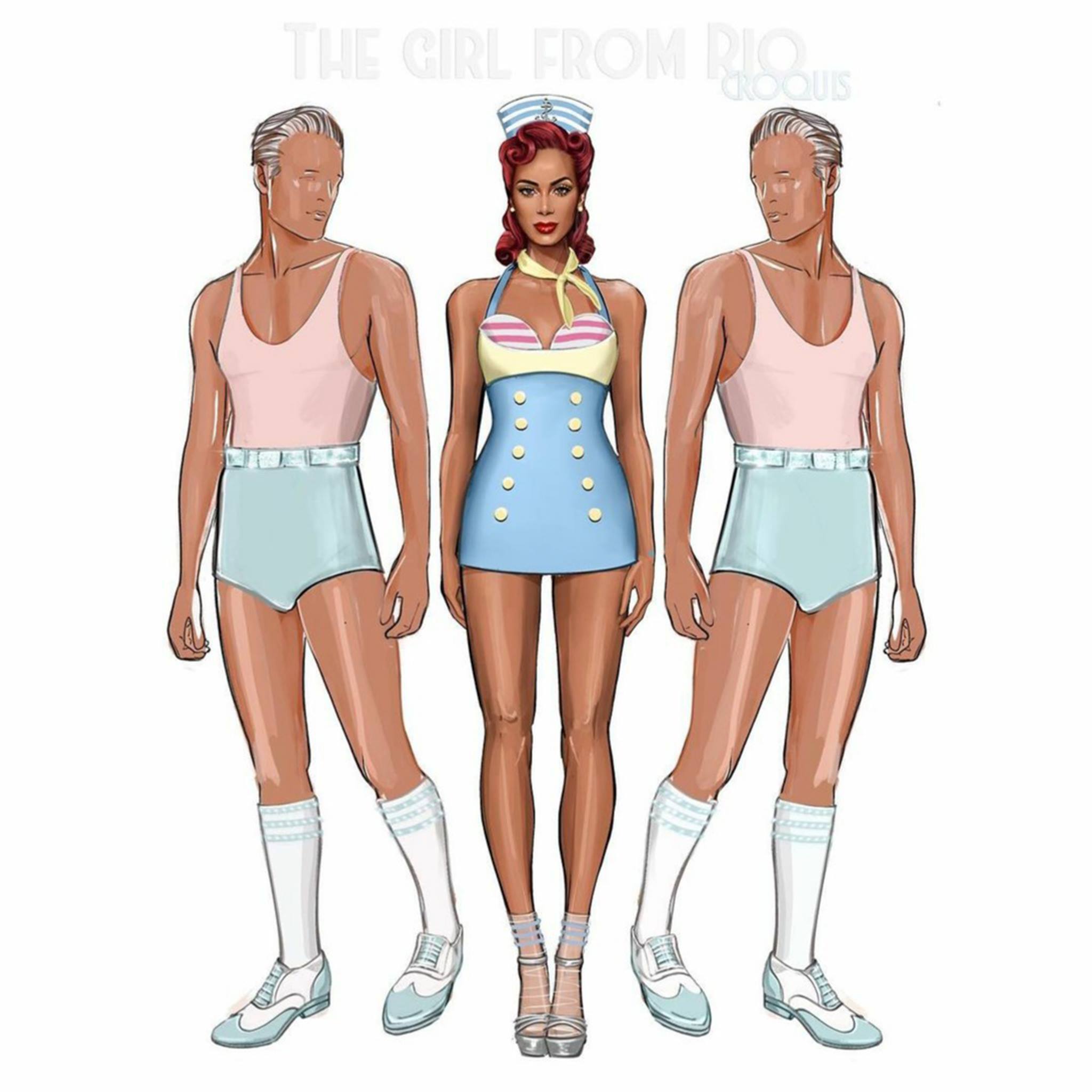 COCO WINS AT THE INTERNATIONAL DUBBING GRAND PRIX
Claudio Coco, a young sound designer and a graduate of the IED Roma School of Visual Arts, was recently awarded the prize as Best Sound Engineer at Prix conducted by actor and voice actor Pino Insegno, voted for by voice actors and dubbing directors. It is a recognition that adds to the satisfaction that Coco achieved during his brilliant career, which also saw him as a language consultant for the Netflix teen drama On the same wave. He will also soon be a sound engineer for Power of Rome, an italian nternational film and Sky production with Vision Distribution, due out in cinemas in 2021.

GRAPHIC DESIGN: COMMUNICATE AND RAISE AWARENESS
Graphic designers trained at IED have been involved in new projects. Like the #DavinesForFuture campaign, the visual identity of the Davines Italia project, which promotes projects to educate children about sustainability. The project is by IED Milano Alumni Filippo Finati, Irene Ingoglia, Valeria La Piana and Lorenzo Noventa, during the thesis project of the Master in Graphic Design developed in collaboration with the brand. Also in Italy there is the urban art project that the IED Torino Alumna Francesca Cerutti is working on in Piemonte. The work aims at making streets and squares of the town of Cavaglià more colourful and child-friendly. Moving to Spain, instead, there are the works by the third year students of the Motion Graphic and Video course in IED Barcelona. They worked on audiovisual creations of texts and conversations on gender equality and graphic arts in the struggle for female empowerment. 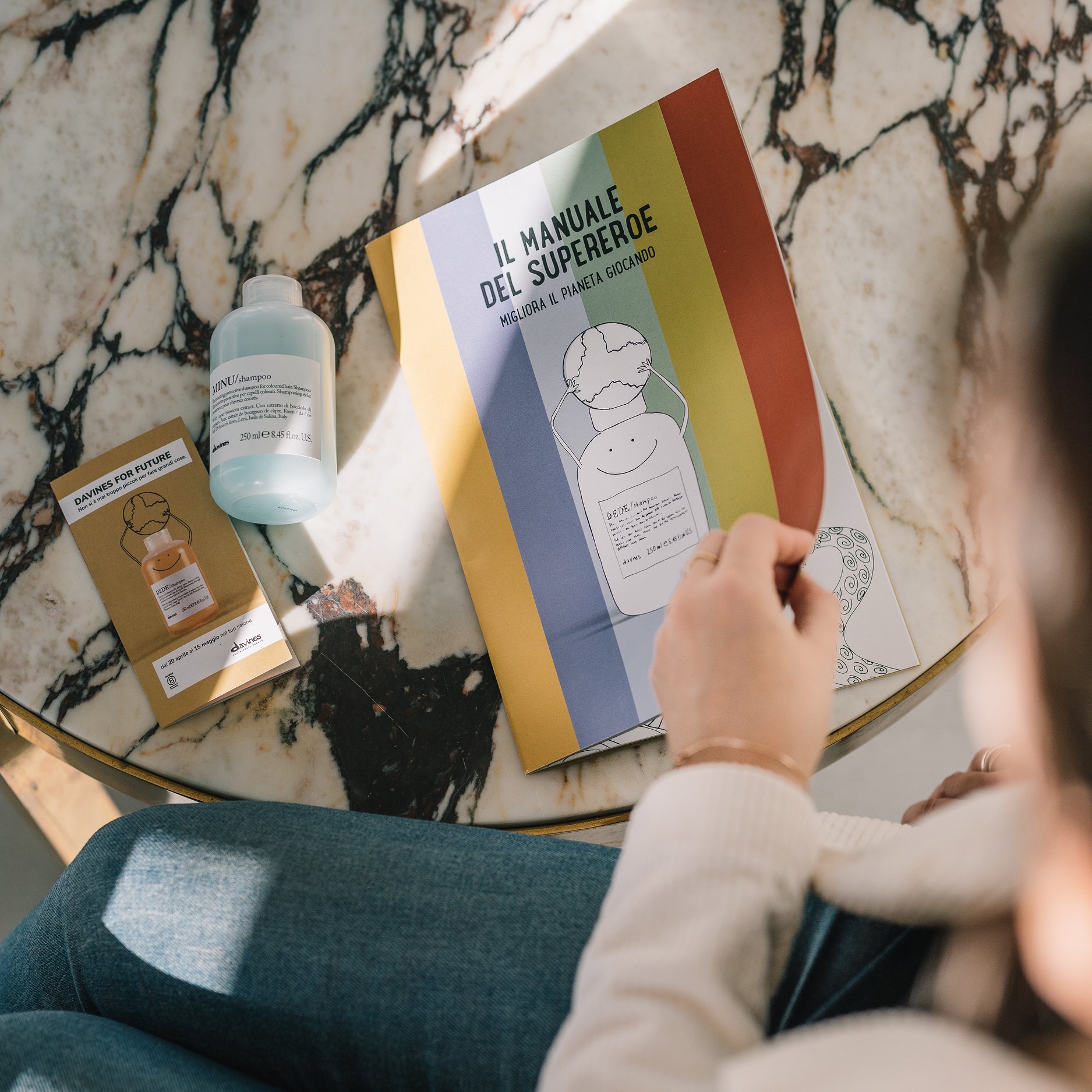 FASHION DESIGNER LOU MEDINA ON MARIE CLAIRE
The famous women's magazine dedicates a space to Lou Medina, IED Milano Alumna and founder of Medina Swimwear. After studying in IED, and having worked at fashion houses such as Alexander McQueen and Celine, the designer founded her brand with an eye to the environment and sustainability, using only high quality fabrics obtained with regenerated nylon fibres resistant to UV rays, oil and chlorine. This is how her tailored bikinis or one-piece swimsuits are born, some of which have long sleeves because they are inspired by surfers looks. And as also reported by Marie Claire, part of the proceeds from her works are donated to organisations for the protection of the oceans, such as Restore Coral of Tulum, committed to the conservation of Mexico’s coral reef.