IED WINS @ CLIO AWARDS
A great success for two young graduates in Communication Design! In fact, Joshua Mancini e Giulia Teruzzi have won a Clio, one of the most prestigious advertising awards globally, for the campaign created with Durex and called I Have Thisabilty. The creative work clearly aims to reduce the gap between disability and sexuality, with a communication that normalizes the taboo, showing how sex is "beautiful in all its forms". The award is the latest in a long series of national and international awards collected in recent years by IED Milano Communication , including the award for the best creative school in Italy.

2021 BEST DESIGNERS: THERE ARE 6 ALUMNI
Marie Claire Maison magazine has selected 50 new stars of contemporary design. Among these, six IED Alumni, who trained in the Undergraduate courses in Interior Design and Product Design. They are Chiara Andreatti, who has worked with design studios and companies such as Lissone Associati and Glas Italia; Federica Biasi, who can already boast a collaboration as Art Director for Mingardo; Cara Judd and Davide Gramatica, a couple at work and in life, who have opened their multidisciplinary studio with works represented by both brands and galleries; Antonio Facco, IED Milano Alumnus, who counts in his curriculum collaborations with designers and companies of the caliber of Antolini, Cappellini and AgustaWestland; Federico Peri, successful interior and product designer, present at the last Fuorisalone with a series of indoor creations. 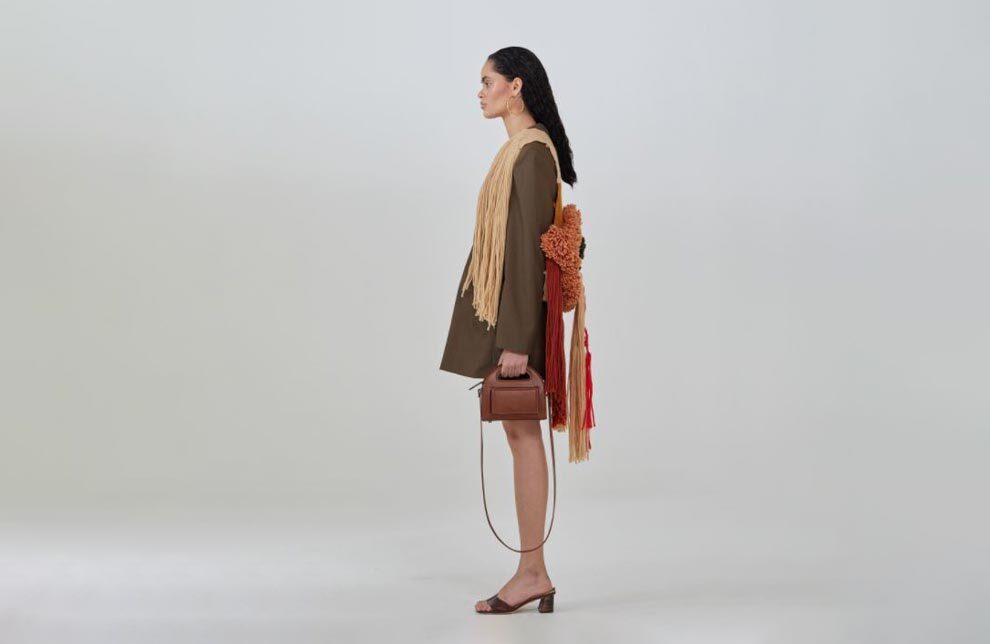 BRAZIL ACCORDING TO MISCI
The clothing and furniture brand is inspired by the mix of aesthetic elements, present in Brazilian design. Misci debuted in 2020 at SPFW and has become a promising name in the design world. Founded by former student Airon Martin, the project was developed during the IED studies. For his pieces the designer made a deep research on Brazilian culture, between colors and materials. His goal was to show Brazil beyond the tropical print. 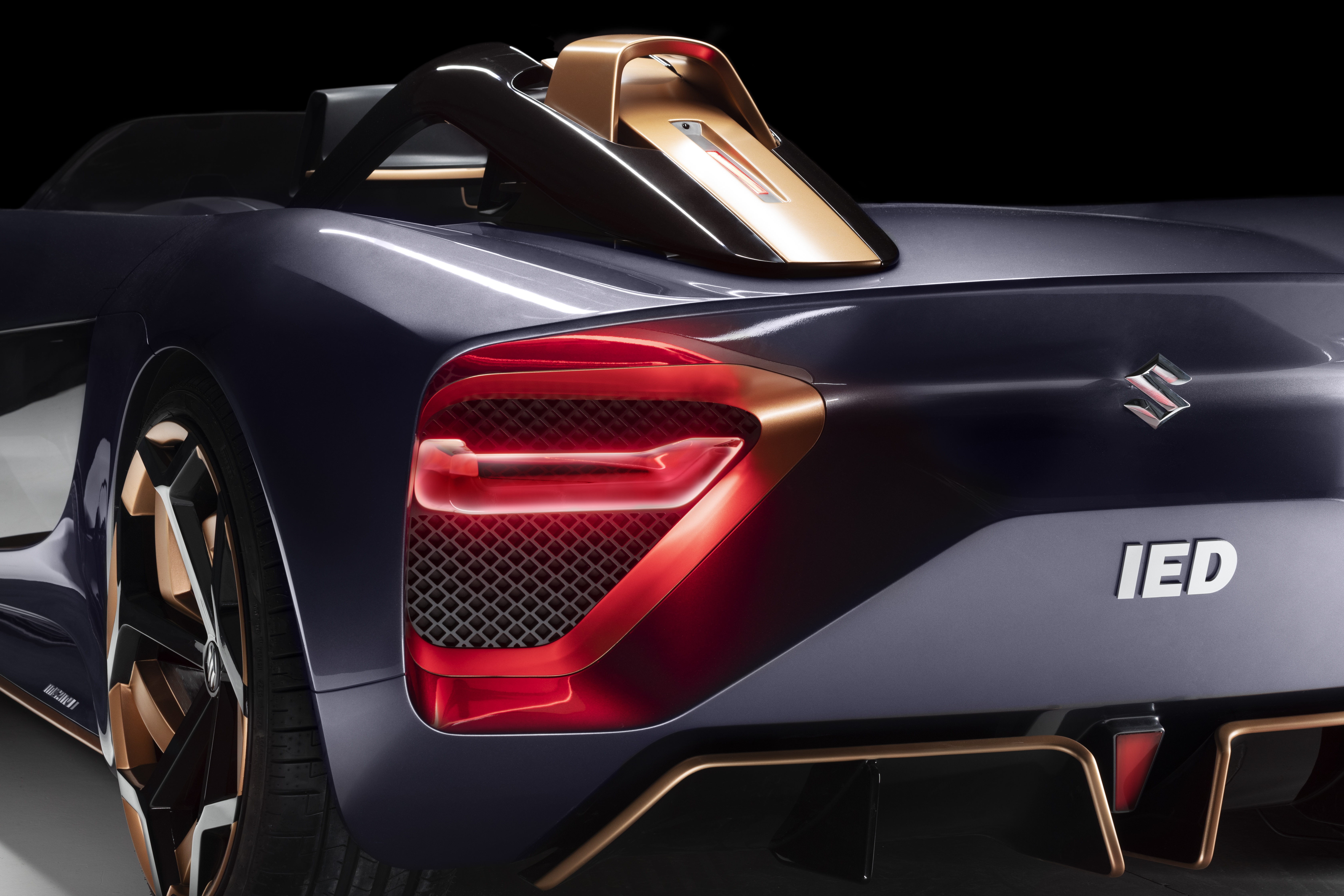 IED MISANO FOR SUZUKI
A new concept car designed by twenty students from the IED Torino Master in Transportation Design, in collaboration with Suzuki Italia, was presented on Thursday 29 April, in a live event. The vehicle is the answer to the brief “La Dolce Vita X Way”, given by the famous multinational. It contains in itself the philosophy of the Japanese automotive design with the Italian style. Read more!

SUSTAINABILITY: IED CREATIVES WITH MANTECO
The Tuscan textile company - that combines haute couture and traceable raw material, respecting the circular economy - has strengthened its collaboration with the IED Milano Fashion School. A new project is born involving the students, who will use the company's fabrics in their thesis projects. The designers were selected through the “Maker 2.0 for sustainability and tradition” contest. They are: Sara Trinca Colonel, with a men's collection that pays homage to the Scapigliatura movement; Yoana Dimitrova Dobromirova, who is inspired by the majesty of Mount Everest for her unisex garments; Beatrice Cenci and her work in which wool is the protagonist. 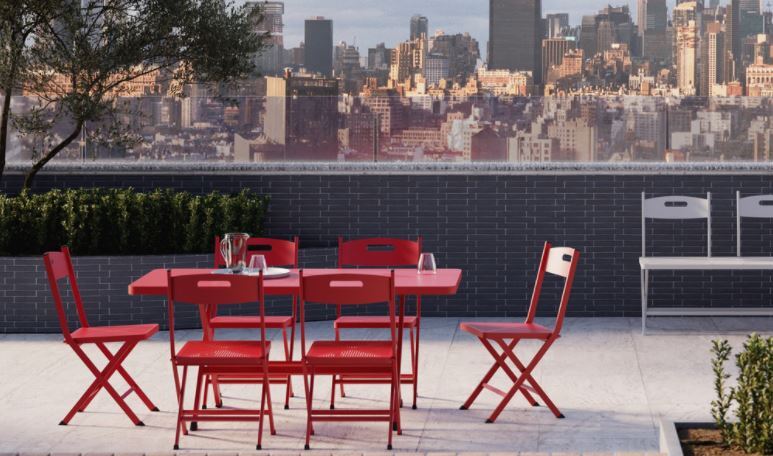 AGNESE ROVITI AND HER FIRST FURNITURE COLLECTION
On Interni magazine there is an article dedicated to Exi, the first collection by the IED Roma Alumna, graduated in Product Design in 2019. Agnese Roviti now works in the Research & Development department of Unopiù, one of the most important European outdoor furniture manufacturers. Her work is colourful, innovative, practical and light, thanks also to the use of recyclable aluminum. The chair and two tables, one of which is high with a stool, and a bench, are all foldable: this allows a wide use of the various furnishings, particularly suitable in convivial contexts.

THE NEW GRAPHIC DESIGNERS
On D-La Repubblica magazine the next generation of graphic designers includes the Alumni Federico Cavalieri and Filippo Fontana. The latter is a former student from IED Milano and creates his illustrations inspired by hip-hop culture and science fiction literature of the seventies and eighties of the twentieth century. 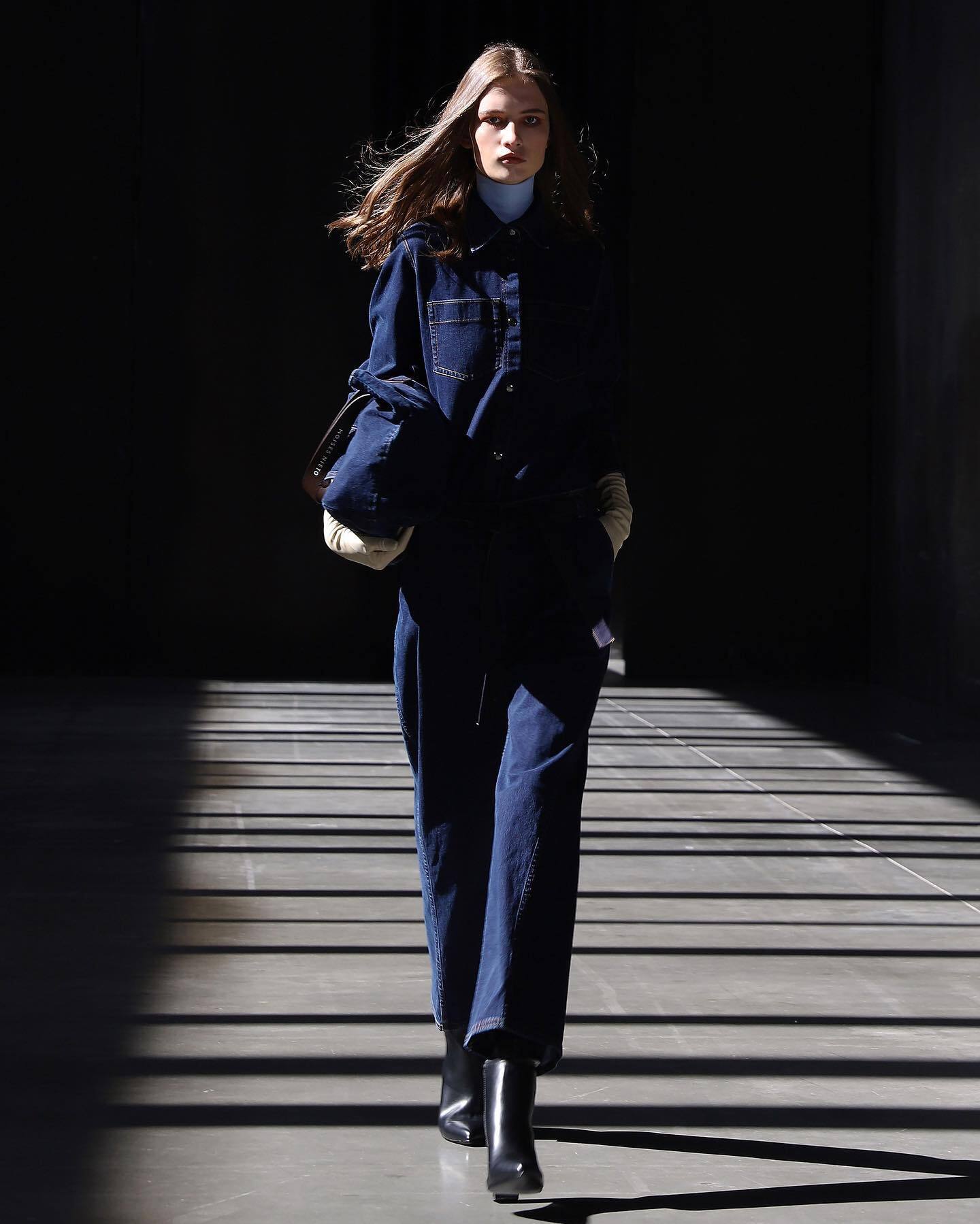 MOISÉS NIETO ON VOGUE
The fashion magazine dedicated an article to the autumn/winter collection by the Spanish Moisés Nieto, who studied at IED Madrid. The designer's new garments, characterised by a minimalist style, were presented during the Mercedes-Benz Fashion Week. To create them, Nieto drew inspiration from the work of photographer Ramón Masats, who became famous for his rural-themed photographs. He also continued his commitment to sustainable and responsible fashion, collaborating with the textile company Tejidos Royo that has developed a water free denim dyeing process, as well as using old upholstery to craft boots with Natalio Martín (footwear and accessories designer, who teaches at IED Barcelona), and a limited series of eight bag designs.

TORINO TRIUMPHS @ THE QUATTRORUOTE CONTEST
After the birth of Stellantis, the Quattroruote magazine launched the “Alfa Romeo - Lancia competition: a design for the future”. Over 450 projects were voted by online readers and a technical jury made up by the editorial staff and world-famous designers Fabrizio Giugiaro, Mike Robinson and Frank Stephenson. The students of the IED Torino Undergraduate Course in Transportation Design who have won are: Fabrizio Luciano, graduated in 2020 and currently Junior Car Designer at DR Automobiles Group; Tommaso Francesco Bolzon, third year student; Davide Introzzi, placed third with his contemporary reinterpretation of the iconic B24. Among the 20 models that reached the final and published in the April issue of Quattroruote also the Alfa Romeo proposals by IED Torino students Simone Fabbro and Luciano Rizzo, with the Lancia presented by Stefano Parolini, graduated in 2020 and today Junior Exterior Designer at DR Automobiles Group. 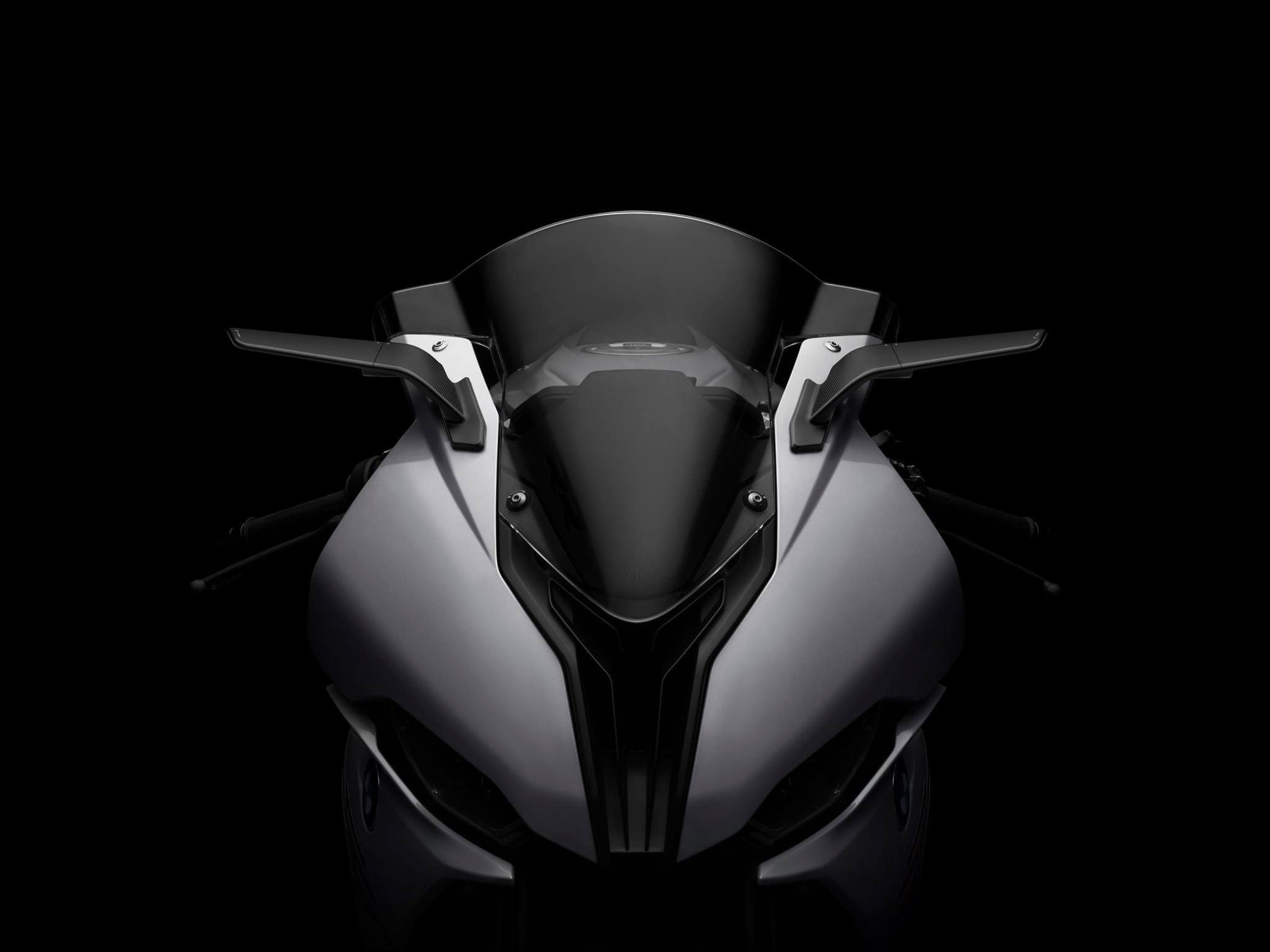 AND WINNER IS "STEALTH"
Mattia Rigoni and Guglielmo Urso, IED Milano Alumni, with the Rizoma R&D team, won the Best Red Dot Design Award 2021, one of the most important design awards worldwide, in the automotive accessories category. The winner was an innovative patent for the motorcycle world: it is Stealth, an unprecedented rearview mirror for supersport bikes, convertible into an aerodynamic wing and designed to be almost imperceptible, creating greater grip for better handling.

GIORGIA TORDINI ON AMICA MAGAZINE
The women's magazine talks about the Italian influencer, who boasts more than 300,000 followers on Instagram. Giorgia Tordini is the creative designer of The Attico. Graduated from IED Milano, she founded the brand together with Gilda Ambrosio. 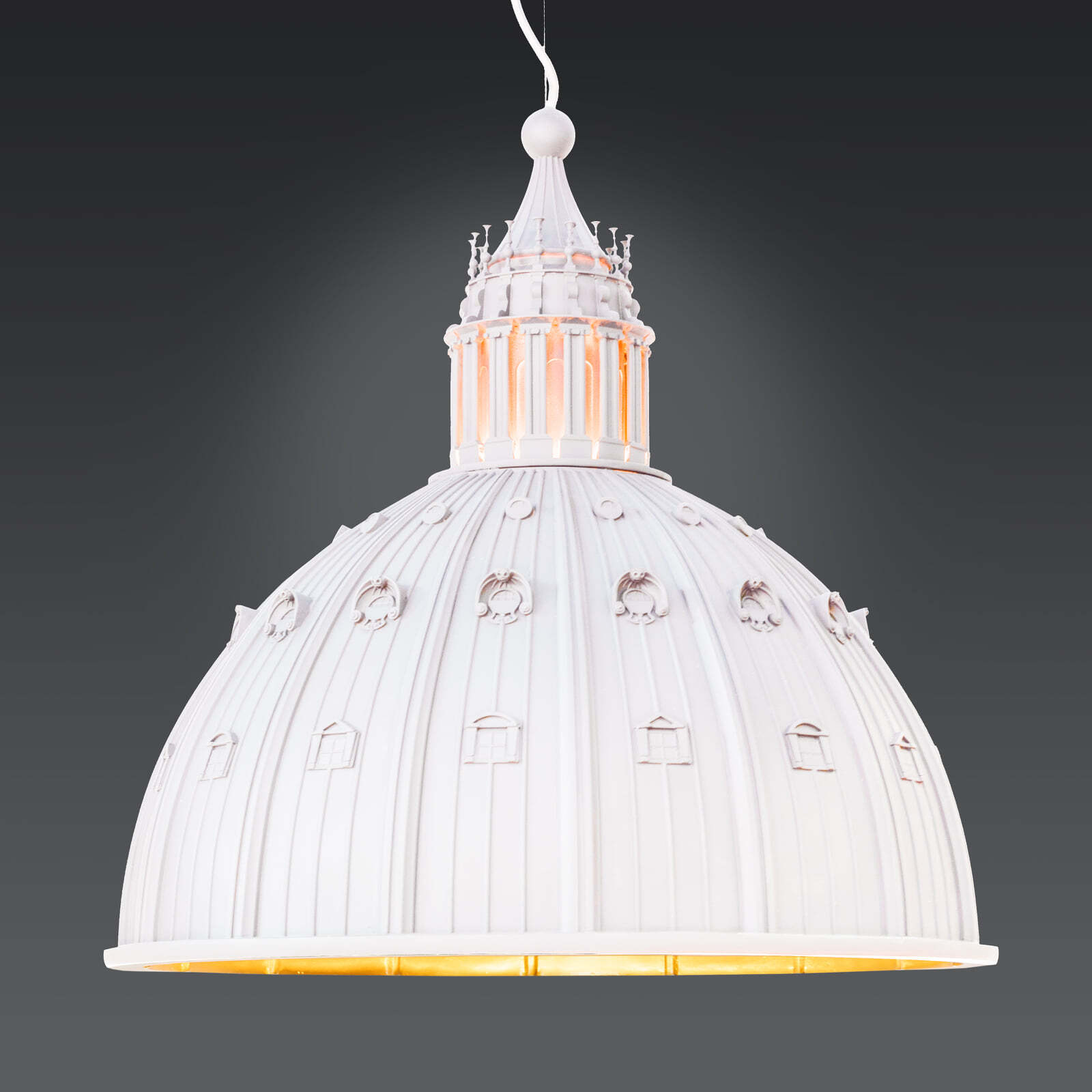 AMEBE CREATIVE DUO REPRODUCE ST PETER’S DOME
The designers Alessandra Mantovani and Eleonora Barbareschi, IED Milano Alumnae and founders of AMeBE Creative studio, made the Cupolone suspension chandelier for the Selletti brand. With a high visual impact, the piece is part of a large collection of architectural and artistic reproductions of works from all over the world. It is a tribute to one of the icons of the city of Rome, combining Italian culture, craftsmanship and technology.

INTERVIEWS WITH IED ALUMNI
Casastile magazine interviewed the designer and IED graduate Paolo Metaldi, designer who deals with product, graphics and interiors, and heads the design studio for Viceversa and Excelsa. Metaldi has won several awards in Italy and abroad, including the international Compasso d'Oro in 2015. Instead AD – Italy interviewed Francesco Meda, born in 1984, graduated in Industrial Design at IED Milano. After having spent sometime in London, he returned to Italy to collaborate with his father Alberto and followed clients such as Alessi and Kartell. He won the Compasso d'Oro in 2013. Meda has also started a personal project in which he combines design and art, collaborating with realities such as the Schoeni Art Gallery in Hong Kong. Finally, the Polish newspaper Gazzetta Italia conducted an interview with Salvatore Piccione, fashion designer and IED Roma Alumnus: after his collaborations with Swarovski, Topshop, Pablo Bronstein, Longchamp and Celine, he founded his own brand in 2012. 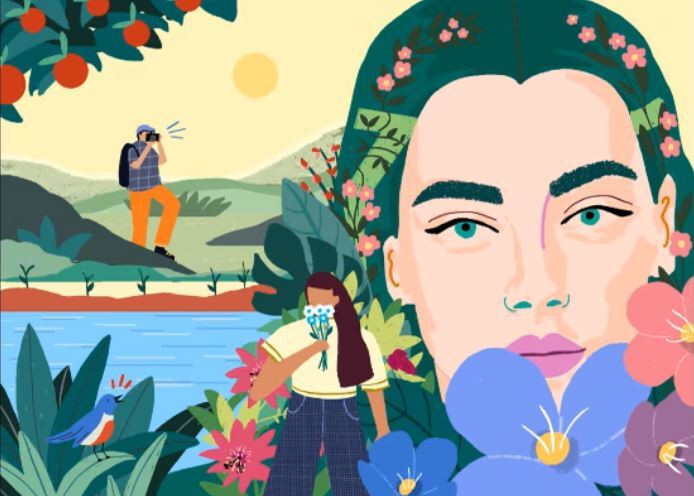 APRIL NEWS ABOUT ILLUSTRATORS
The above illustration was created by Chiara Lanzieri, for the weekly magazine Sette, dedicated to Earth Day. Also, Cristina Damiani, IED Roma Alumna, made an illustration for the Corriere della Sera. The Alumna Amalia Caratozzolo, graduate in Illustration and Animation at IED Roma, produced a children story, Mostro del Pisolino, recently talked about in the press.

ESTATE FIORENTINA'S LOGO IS BY IED
At the beginning of the Academic year, the Municipality of Florence launched a creative challenge to the third year students of the IED Firenze Advertising Communication course. With the coordination of professor Alessandra Foschi, the young designers worked on the new graphic design and the new logo of the Estate Fiorentina, one of the flagship events of the city. The objective is to communicate the festival in an innovative way, conveying the concepts of joyfulness, participation and rebirth. 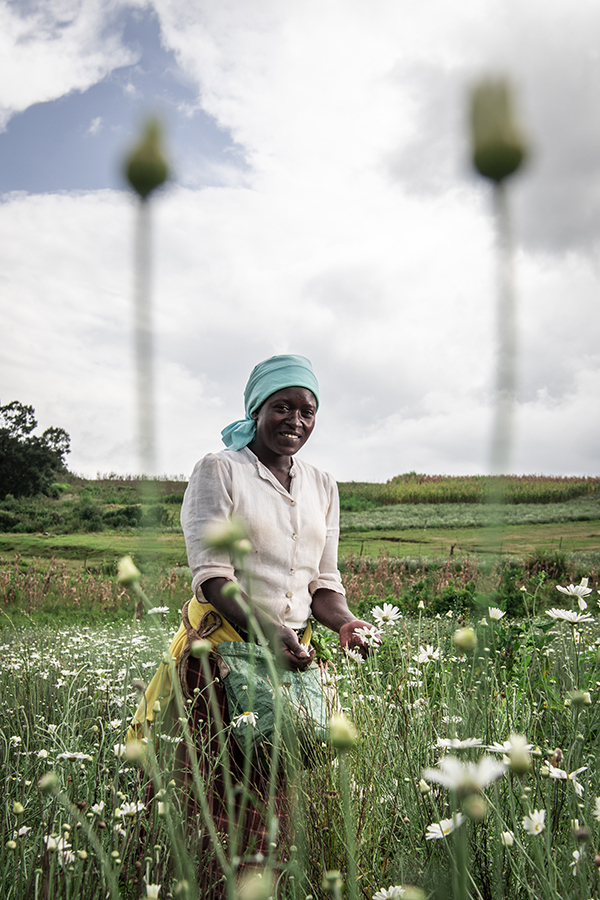 VITO FUSCO WINS FOR THE BEST DOCUMENTARY PROJECT
The IED Milano Alumnus, who attended the advanced training course in Photography, won the Sony World Photography Award in the best documentary project section. The photographer Vito Fusco, originally from Positano, has obtained the prestigious recognition with the work called The Killing Daisy, which tells the story of the pyrethrum, also known as the "flower of death": a delicate daisy but capable of killing insects. It is the protagonist of a thriving organic industry for insecticides in Kenya.