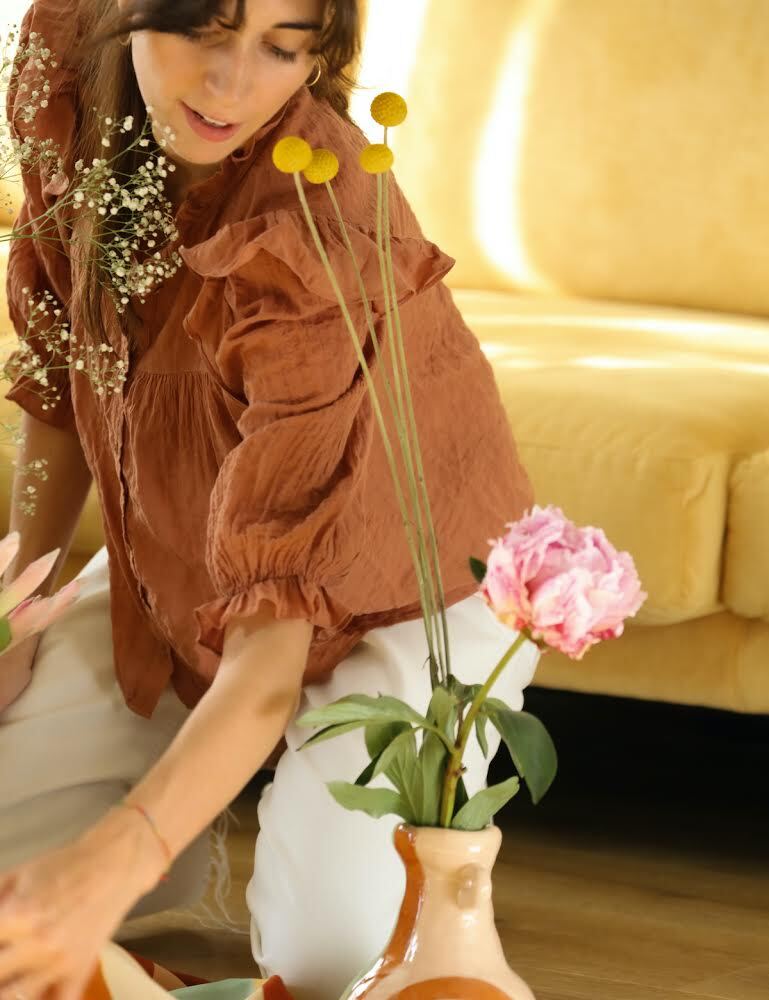 ALMUDENA LABORDA ON VOGUEThe Spanish edition of Vogue features an article dedicated to IED Madrid graduate Almudena Laborda. The designer, after an experience in Zara, started her personal project in 2020. It is the Laborda brand that produces various types of handcrafted creations, combining art and interior design: from textile creations to clothing, from silk scarves to household items, from cushions to placemats to plates, decorated ceramic vases, all purchased from local artisans.

SONIA CARRASCO @ LONDON FASHION WEEKHer collection communicates the coordinates of environmental disasters to promote awareness. She is Sonia Carrasco, who studied Fashion Design at IED Madrid and recently presented her new creations at the London Fashion Week. The garments, with a masculine cut, are made with recycled fabrics, through production processes that are environmentally friendly. In her curriculum you’ll find a work experience in Alexander McQueen, and another in Céline, before moving to Barcelona to dedicate herself to the launch of her own brand. 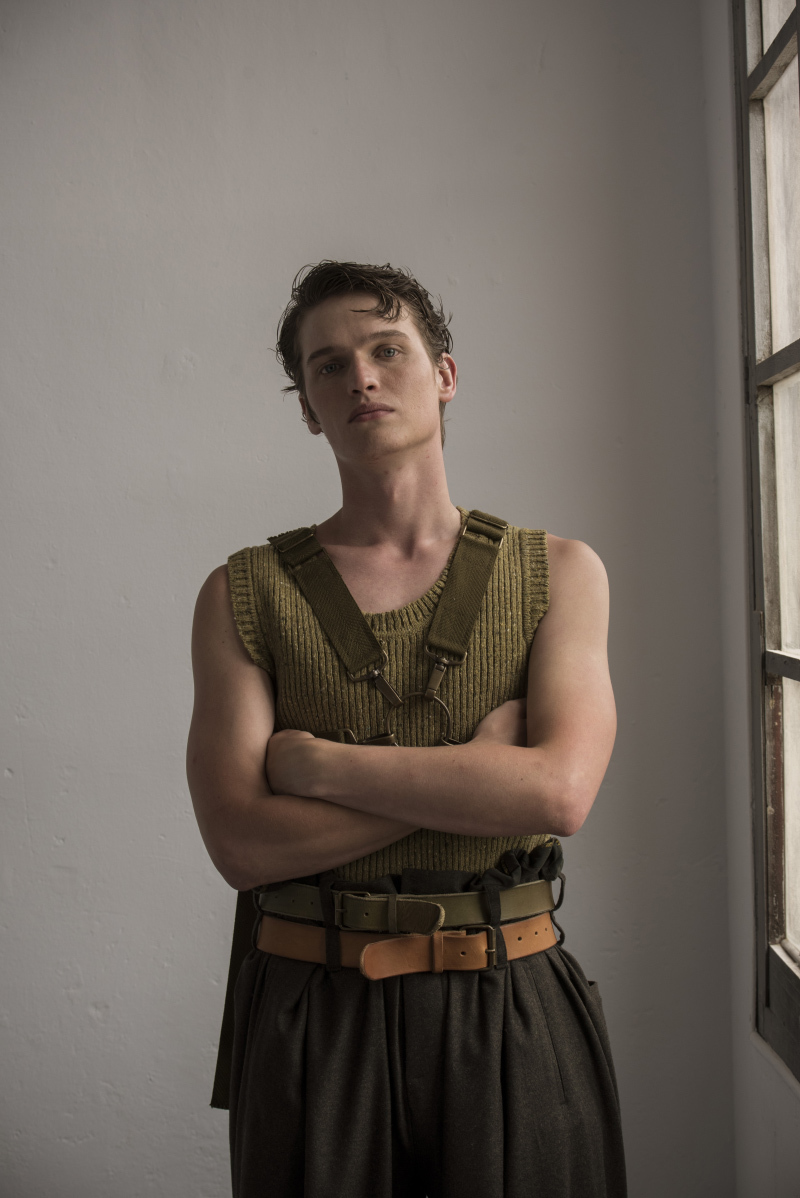 ELLE DECOR SELECTED TWO ALUMNI Federica Biasi and Antonio Facco, both graduates from the IED Milano School of Design, have been selected by the editorial staff of Elle Decor Italia for the first phase of the Elle Decor International Design Awards (competing for the title of "Young Design Talent of the Year"). Biasi founded her studio in 2015 and is internationally renown. Among her works this year you’ll find the Livre armchair for Giorgetti, the Hinoki screen for Manerba, and the Lume cup for Nespresso. Facco founded Dedra in 2011, a multidisciplinary channel that compares the work of creatives from Italy and the United Kingdom. After having exhibited her works at the Fuorisalone and after graduating in Interior Design, she creates the Duo modular vases that enter the Cappellini catalog. She also collaborates with Antolini, Bolon and other brands and creates the well-known globe-shaped lamps, the Mondo Lamp, for Oblure.

ANNA GODEASSI AND FRANCESCO FACCIN ON INTERNI MAGAZINEAlumna Anna Godeassi designed the cover for the March issue of the magazine dedicated to Interior design. After graduating from the Milan branch of the Istituto Europeo di Design, in 2003, she started a successful career as a freelance illustrator in various countries such as Italy, France, Japan and the United States of America. The illustrator has done work for publishing, advertising and animation, without forgetting work in fields such as painting and sculpture. 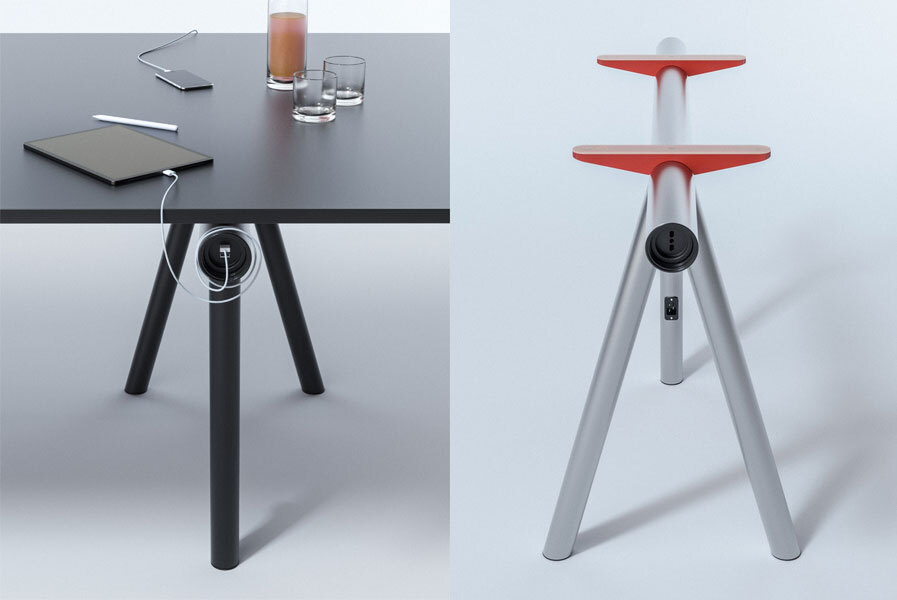 Interni magazine also dedicated an article to the former IED Milano student Francesco Faccin, who attended the three year course in Product Design. The designer's innovative project consists of a table with an electrified three-footed trestle, named Harvey, in honour of Harvey Hubbell, inventor of the electronic socket. An ideal project for contemporary work spaces, such as those of co-working that involve the use of electronic equipment, but also for homes that have now become new offices.

GIACOMO GIANNELLA FOR IED AMAZE PROJECTThe section CercaLavoro of the monthly Elle, dealing with new positions in the digital field, mentioned Giacomo Giannella, Alumnus of IED Milano CG Animation Course, who recently collaborated with the Institute for the first completely virtual and multi-platform exhibition dedicated to the best thesis projects: IED Amaze Project. He's an expert in the video game sector and he is a teacher of Videogames Art Direction in IED. Giannella is also the creative soul of Streamcolors, a digital art studio based in Milan that works for cultural institutions and companies in the fields of design and fashion. 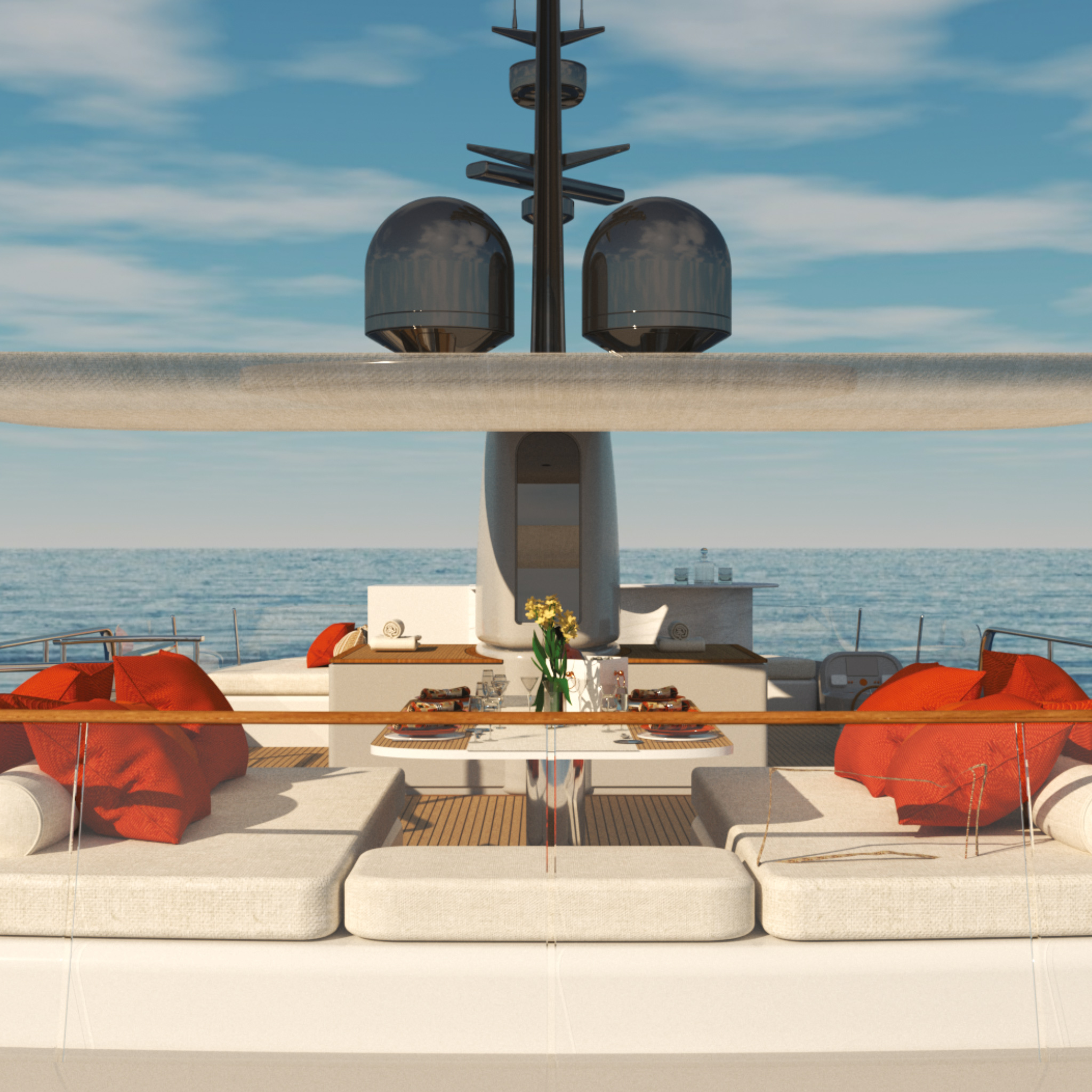 A project by IED Milano Alumni

IED ALUMNI @ SANREMO 2021Several IED Alumni participated in Sanremo 2021 as stylists for various artists, such as Nicolò Cerioli for Achille Lauro and Rebecca Baglini for Arisa. Then the IED Milano Alumnus Giovanni Nicotina contributed to the design of the stage of the well-known singing event. Two former IED Roma students also collaborated on the video of the song sung right on the stage of the "city of flowers": Daniel Bedusa, a graduate in Media Design, and Danilo Bubani, a graduate in Graphic Design (read the complete article).

VANESSA BUTERA: A SUCCESSFUL STORYIn Agrigento, Sicily, we saw the success of the "Legnoarreda" company, that despite the difficulties caused by the pandemic has seen business grow. The sisters Elisa and Vanessa Butera lead the company. Vanessa, a IED Milano graduate, is involved in the design of the company that produces furniture and fittings.

IED FOR FONDAZIONE LIBELLULAOn International Women's Day, the Alumnae Giulia Rebosio and Carlotta Rubinato created the symbol for the campaign A thread binds us to a future of equity by the Fondazione Libellula. The former students of the IED Milano School of Communication have developed a concept that leads companies of the Foundation's network towards a future in which there are no longer places characterised by gender discrimination and violence, starting from the workplace. 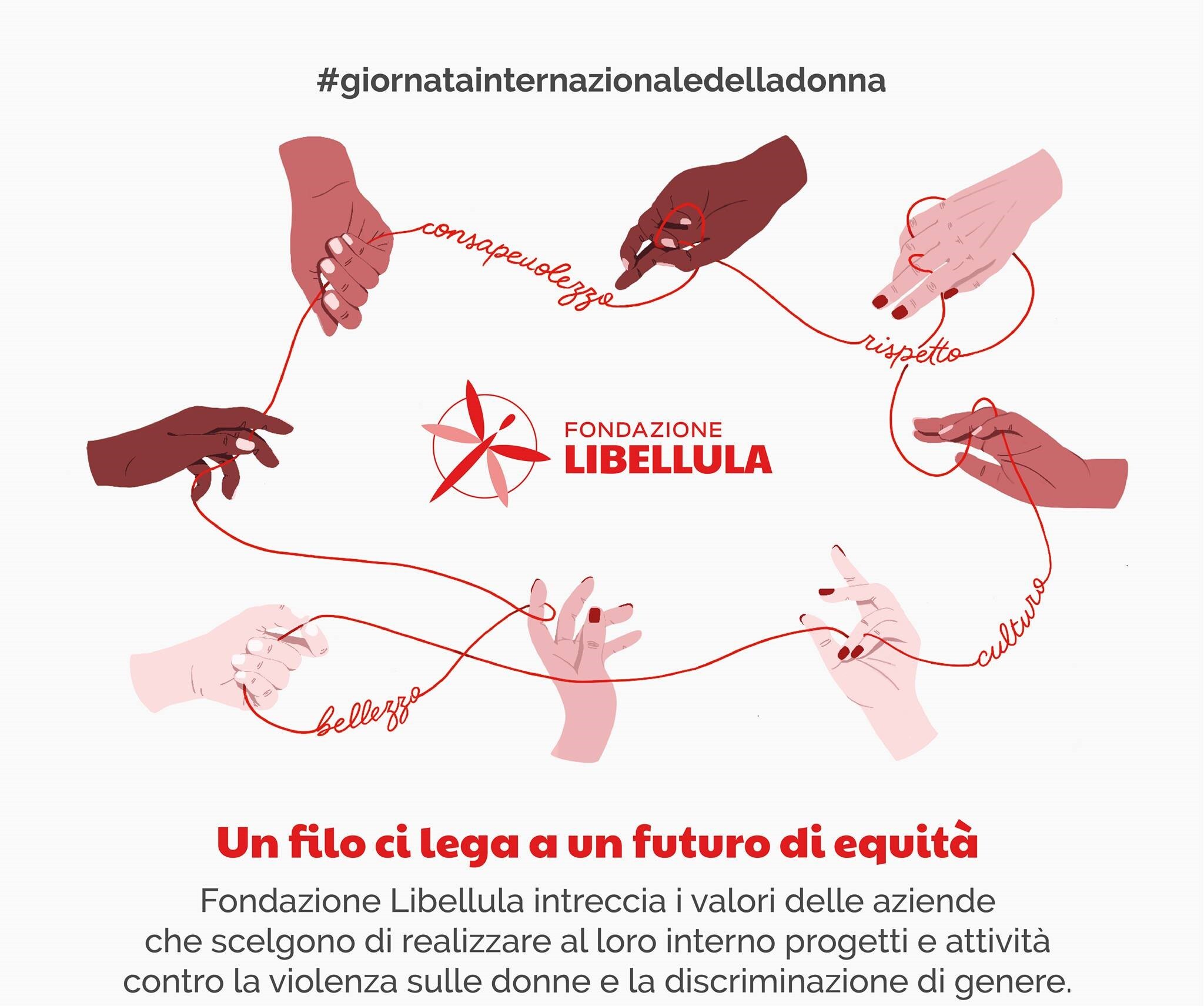 IED ALUMNUS SPECIAL PROJECT IN BRESCIAFabrizio Savarese, IED Milano graduate in Illustration and Fiction, contributed to the creation of a cinema hall for the deaf in Brescia. The project was intended to break down cultural barriers and allow those who, just like Fabrizio, are suffering from visual impairment, dumbness or deafness, to enjoy a carefree moment of sharing.

NEW LOGO FOR THE  NATIONAL MUSEUM OF THE RISORGIMENTO
On the occasion of the 160th anniversary of the Unification of Italy, IED Torino students created, during their thesis in Graphic Design, a new logo for the National Museum of the Italian Risorgimento. The objective was the reinterpretation of the institutional identity through a contemporaty language. Amaong the creative proposals, the work An exciting story was selected. The project has been signed by Luca Fiori, Leone Pasero, Martina Scagliotti and Nicole Vivaldo. Thanks to the collaboration with IREN, the new logo has been projected on the Mole Antonelliana in two evenings of march.

SALVATORE PALA AND HIS WINE LABELSIn the Audarya winery in Serdiana, the brothers Nicoletta and Salvatore Pala export labels all over the world. He is a graduated from IED Cagliari and he deals with the stylistic research concerning the bottles. The designs have become an unmistakable brand of the company also abroad and have also been taken up by the magazine "La vie parisienne".

REVOLVE AIR: THE FUTURE OF TRANSPORTAndrea Mocellin, IED Torino Alumnus, officially launched the Revolve Air project, a folding wheelchair designed with the aim of improving the walking of disabled people. The chair can be folded easily, allowing a considerable space saving (up to 60 percent). It can also fit the standard size of a hand luggage when traveling by plane and be used in everyday city transport.

IED CREATIVITY FOR SAN PELLEGRINOFor a special project, IED Milano students and Alumni interpreted the inimitable and all-Italian taste of San Pellegrino soft drinks through graphics, illustration and photography. The artwork has become a digital exhibition on the company's Instagram profile. 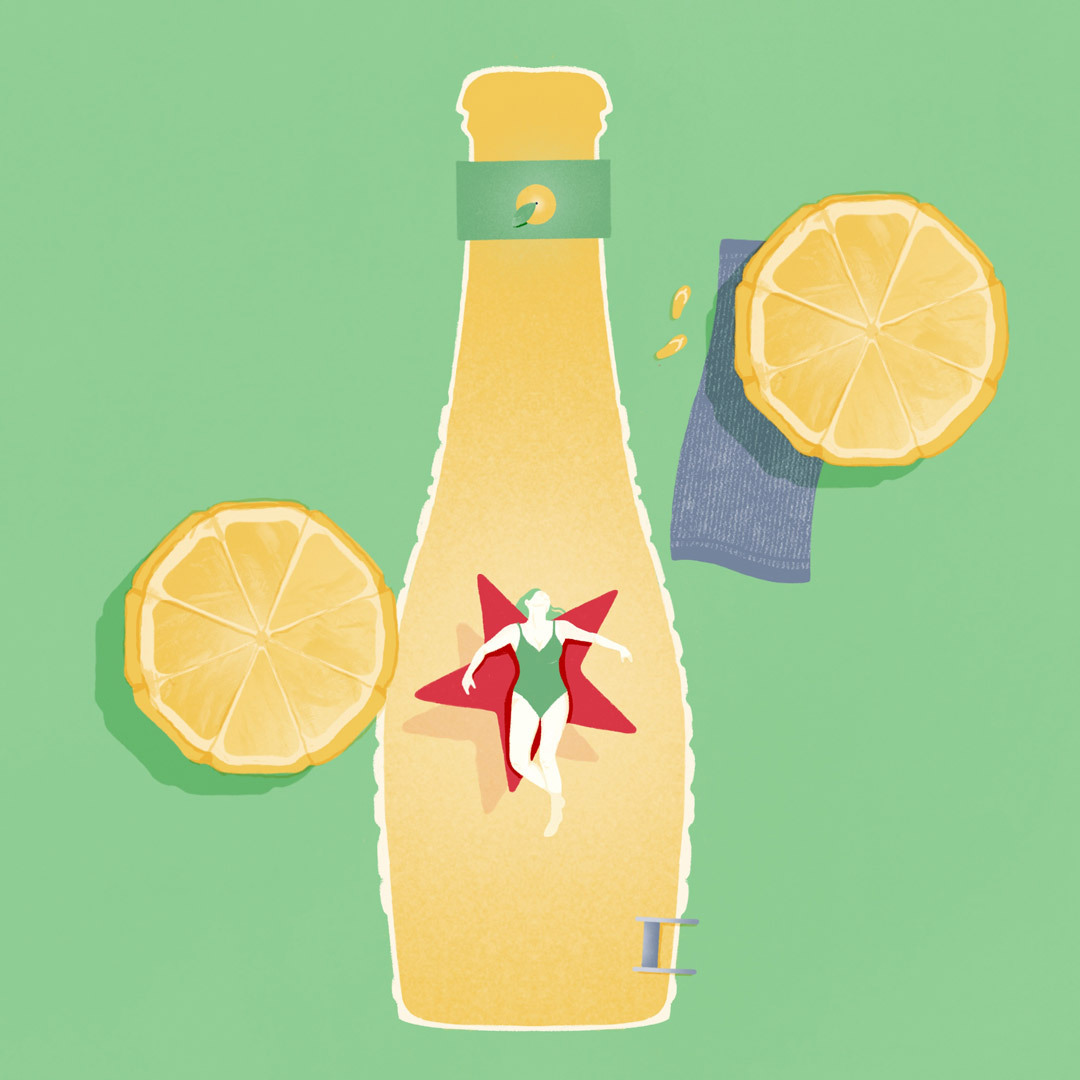 One of the graphics for San Pellegrino

THE LATEST COLLECTION BY ELEONORA ALTOMAREThe Roma Alumna presented her new collection entitled Cassiopea. A conceptual work inspired by the Sicilian futurists of the early twentieth century and, in particular, by the painting of the artist Giovanni Varvaro, The man of the stars.