They are not just drawings, but lives that take shape on newspapers, on book covers and on TV screens. In the dictionary is written that they are works that help to “make a text clearer”. They transport readers or viewers to other dimensions. Fantastic, literary, parallel to everyday reality. They let the imagination run wild as Lila and Lenù run in the Elena Ferrante's Brilliant Friend. Many of the works that we come across today, while reading a magazine or zapping with the remote control, are IED Alumni creations.

They are artists who have attended the Undergraduate courses in Illustration and Animation in the various IED sites in Italy. And now they have transformed their passion into a profession. For example, Fortuna Todisco (read her interview). She graduated in Fashion Design at IED Milano in 2010. After a career that began as a fashion designer, Fortuna chose to focus on the world of visual arts, starting a career as an illustrator that led her to collaborate with prestigious internationally renowned magazines and newspapers: The Sun, VICE US, Cosmopolitan DE, Wired UK and Vanity Fair.

Some portraits for The Economist (2021)

This is also true for advertising, where she collaborates as an art director, and for publishing, such as with Salani Editore. Speaking of reading, Todisco recently made a series of portraits for The Economist, including those of Yo-Yo Ma, an icon of world classical music; IM Pei, one of the most important and famous architects of the early 20th century; Chien-Shung Wu, known by many as the "First Lady of Physics". From April 1st we will find Todisco in the bookstores, again with Salani, for the cover illustration of the new book by Pino Imperatore Tutti matti per gli Esposito. Meanwhile, the talented creative from Puglia continues to transmit the passion for her profession to the young creatives who attend IED Milano - where she teaches as part of the course in "Digital Illustration" - and to the graduates who will have her as mentor through the IED Alumni One to One programme (book your session). 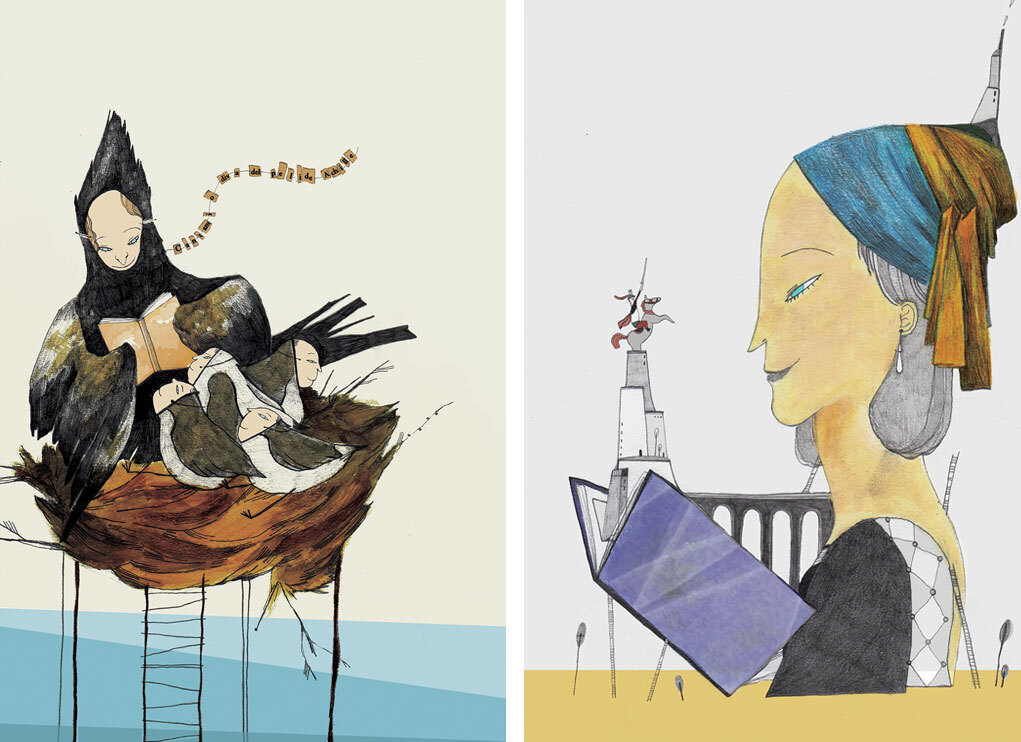 Then there is Gabriele Pino who collaborates with publishing houses and other companies in the Italian publishing sector (read and watch his interviews). Graduated in summer of 2015 in Illustration at IED Torino, in recent months he landed in television, becoming a designer for RAI Gulp, "La Banda dei Fuoriclasse”. The educational show is aimed at children and young people, and it started during the pandemic to offer children a further learning opportunity.  Every afternoon Pino gives free rein to his creativity, a bit like what has happened to him over the years, creating illustrations for large publishers, such as Mondadori Electa, always as an illustrator of children's literature. And as it happened to him when he decided to concretely carry out an ambitious project. We are talking about the Bestiario d'Italia, a journey through some regions of the peninsula to discover myths, legends, monstrous and fantastic creatures that have animated Italian tradition for centuries. 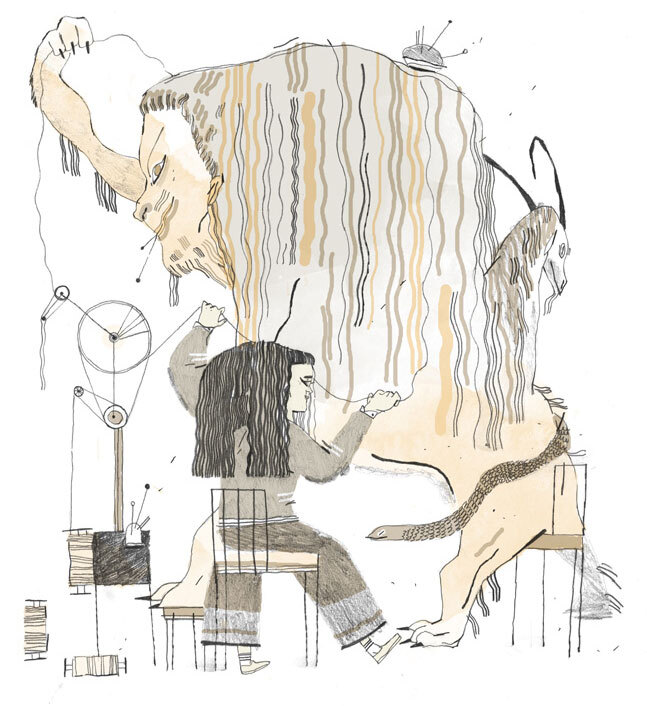 Chimera in the Bestiario by Pino

Finally, there's also the young Ginevra Vacalebre (read her interview). Class of 1996, a diploma from IED Roma and many dreams in her drawer, which she is slowly turning true. After collaborating on some music videos with artists such as Achille Lauro, the Roman illustrator continued her publishing projects. Again during the pandemic, she worked with the author Carolina Germini on the creation of the first book she illustrated, entitled Io non parto più. Le cicogne di Marrakesh, and published by MomoEdizioni. A text on the meaning of migration, not to be understood only as a change of physical place but as a journey that has the extraordinary power to change those who decide to believe in it. A path that comes to life through the colourful drawings of Vacalebre. 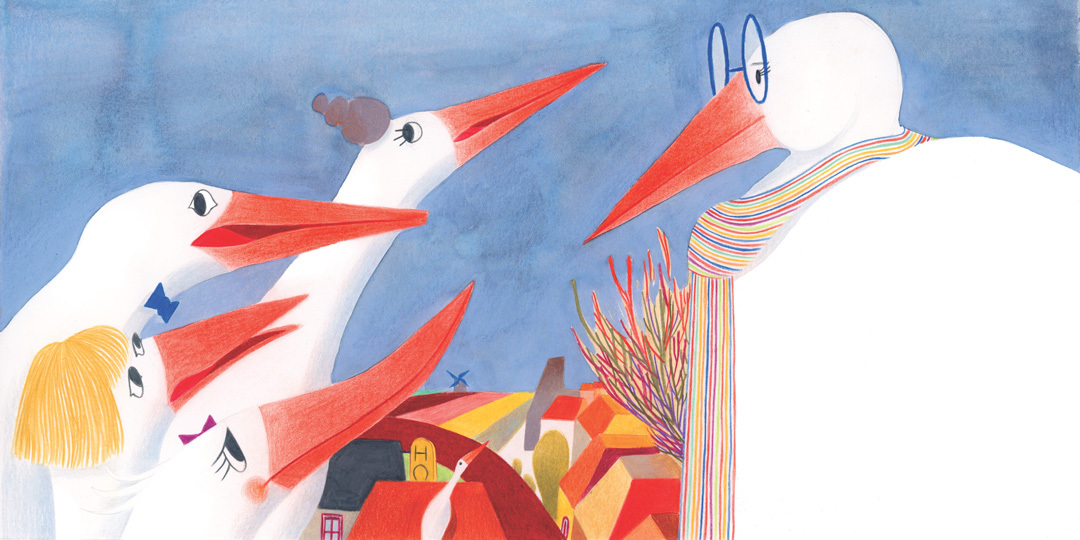 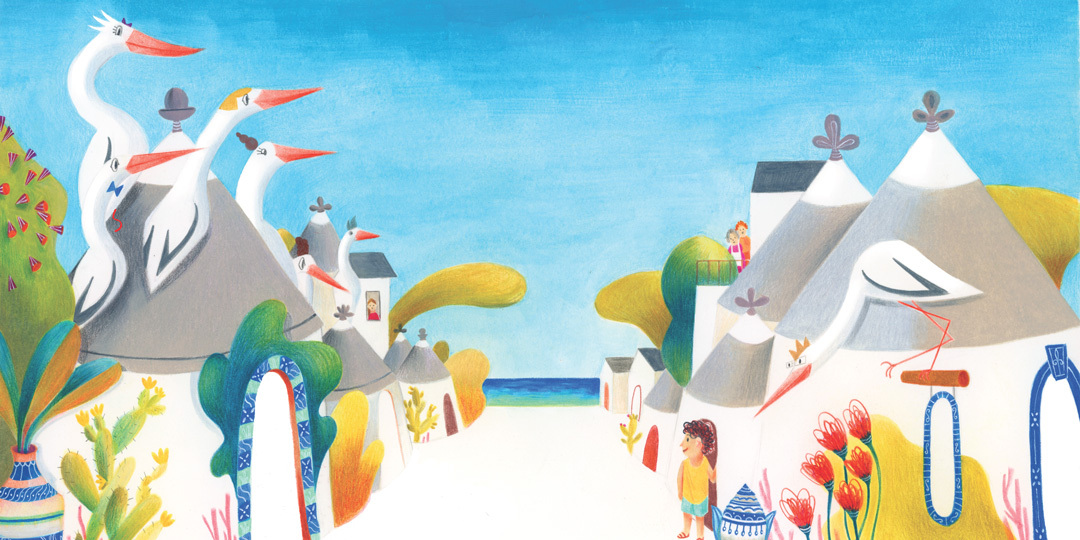 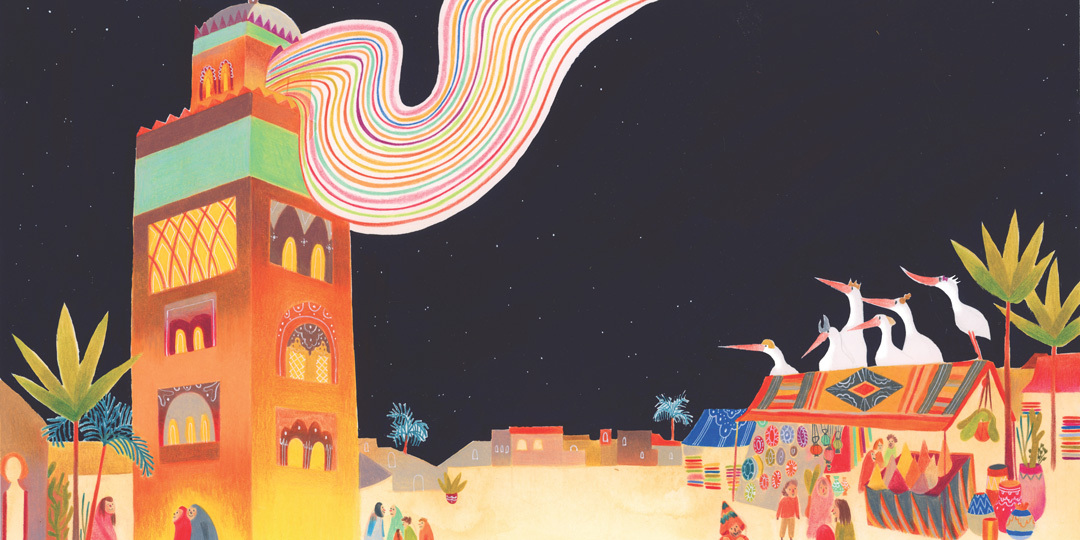 However, as we know, there are many desires and some still to be fulfilled. On National Day for the Promotion of Reading, and for IED Alumni Network, Ginevra and Gabriele will read excerpts from literary works that they would like to illustrate in the future. Some from Dante Alighieri's Purgatory, and a passage from Dialogues with Leucò by Cesare Pavese. Good listening and... good vision!